Jacqueline Fernandez and Badshah are seen together in their latest music video Genda Phool song. Read to know what fan says about the folk plus urban melody

Jacqueline Fernandez and Badshah featured together in a new music video. It is for a peppy track titled Genda Phool. The song is a steamy track which has has a distinct folk melody fused with uber urban sounds. Genda Phool is sung by Badshah and Payal Dev. Music is composed by Badshah, who also penned down the lyrics. The video is directed by Sneha Shetty Kohli.

Getting mass appreciation from everyone except hypocritical busters 🔥💫 #GendaPhool is @Asli_Jacqueline 's one of the best appearance ever !!! 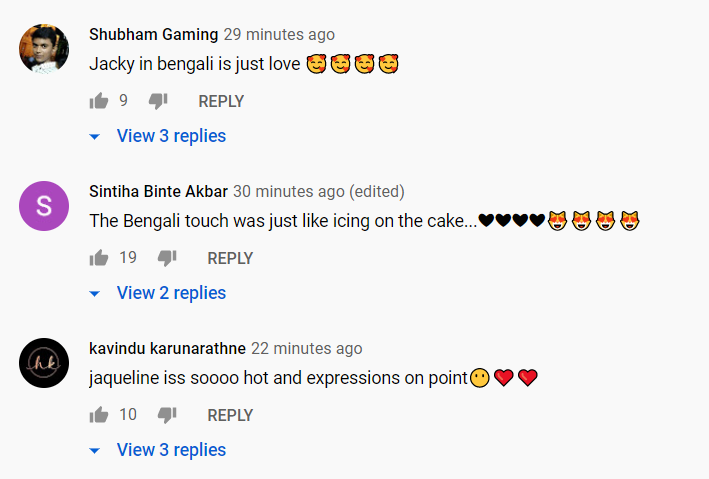 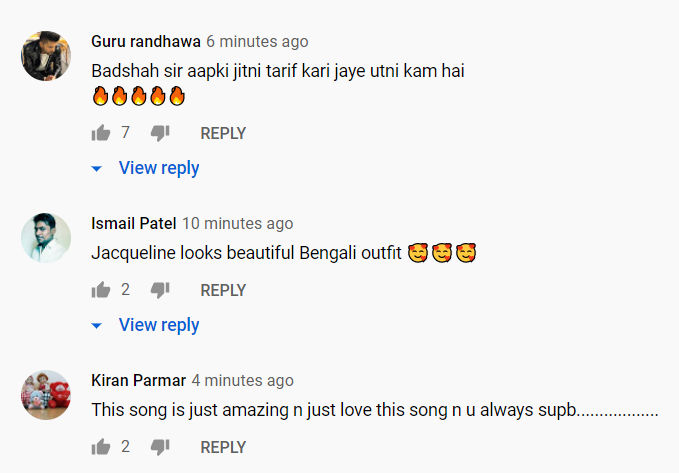 I kinda liked it. 😻
Specially the female voice.
And that Bengali part. #GendaPhool @Its_Badshah @Asli_Jacquelinehttps://t.co/0iaB8hdhwE

Here is the song:

Earlier, Jacqueline Fernandez was seen in a music video Mere Angne Mein with Bigg Boss 13 runner up, Asim Riaz. It received mixed reviews from the audiences. Badshah's last song was BOHT TEJ, which also got immense praises. He was appreciated for his rap.

PEOPLE HAVE PLEDGED SO FAR
Vicky Kaushal flips omelette perfectly after failing previously; watch
Ranveer Singh loves graphics & comics and these Instagram photos are proof
Alaya F's idea of waking up is all of us in the morning; check out
'Uri: The Surgical Strike' director Aditya Dhar reveals why he chose Vicky for his next
Anushka Sharma's bags and purses you must check out | See pics
DO NOT MISS
SHARAD PAWAR ON COVID-19
MUMBAI HOSPITAL: 30 STAFF POSITIVE
CONGRESS WELCOMES 30% SALARY CUT
MAMATA BANERJEE: 'GLOBAL ADVISORY'
BJP LEADER TROLLED BY CELEBS
MARKAZ: ASSAM GOVT TO FILE CASES