Urvashi Rautela and rapper Badshah recently got together for a fun jamming session where they danced to the tunes of the latter’s song, 'Paagal'. Check it out.

Urvashi Rautela was last seen in Anees Bazmee’s comedy flick, Pagalpanti. The film reportedly did not fare well at the box office. Over the years, Rautela has been a part of several hit films including Sanam Re, Kaabil, Hate Story 4, etc. She is currently filming for her yet-untitled film.

Urvashi Rautela recently took to social media to share a video of herself enjoying a jamming session with rapper Badshah. The two were shaking their feet to Badshah’s hit chartbuster, Paagal. Urvashi Rautela shared three videos and asked fans which ones they liked better.

ALSO READ  | Badshah: These Photos Prove That The Rapper Is Also A True Style Icon

Urvashi Rautela’s fans were quick to comment on their love for this unique jam. Many of her fans started dropping in comments of love. Fans also commented with love and fire emojis. Here is what fans had to say about Urvashi Rautela and Badshah’s jamming sessions. 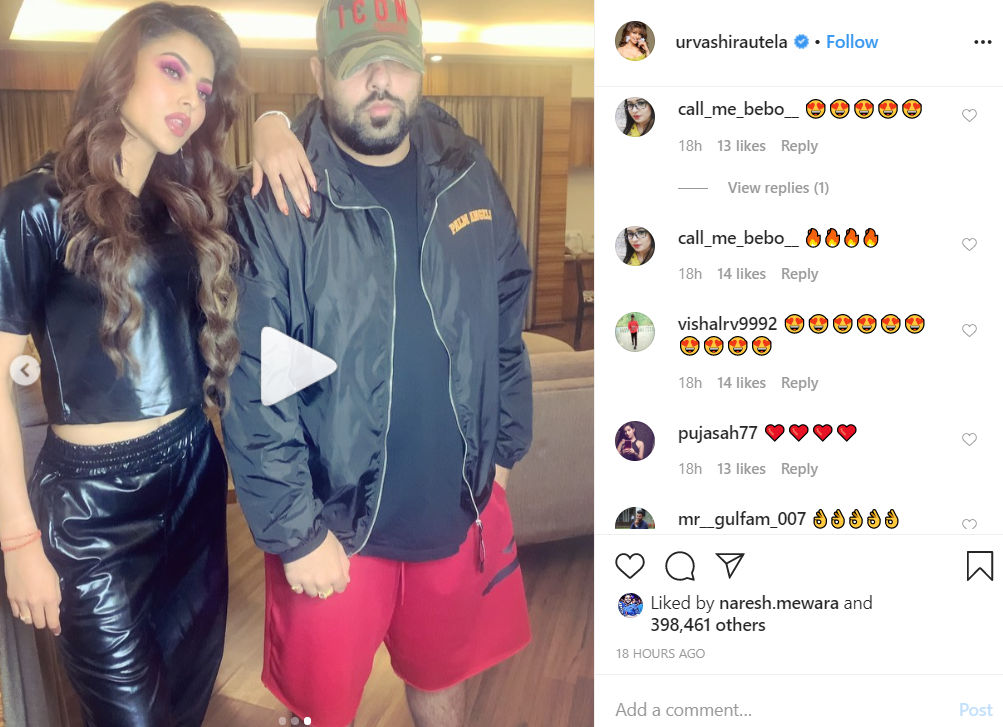