Arjun Kapoor Gets A Thumbs Up From Sister Janhvi Kapoor For Panipat: The Great Betrayal

Arjun Kapoor & Janhvi Kapoor are often seen sharing their love for each other on social media. It looks like Janhvi is hugely impressed with Arjun's 'Panipat'.

Also Read | Panipat Actor Arjun Kapoor Shares A BTS Video; This Is How Malaika Arora Reacted To It

Glimpses from a special screening last night!#Panipat IN CINEMAS NOW!

After attending the screening of Panipat: The Great Betrayal, Arjun Kapoor's family members took to social media to hail his performance as the Maratha warrior. While uncle Anil Kapoor was mesmerised by the movie, sister Jahnvi Kapoor was awestruck by his performance. Uncle Kapoor took to social media to express his thoughts on Panipat: The Great Betrayal. 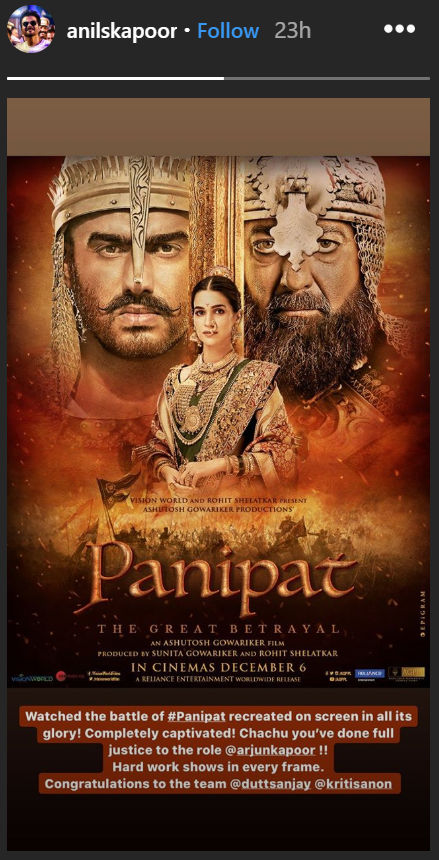 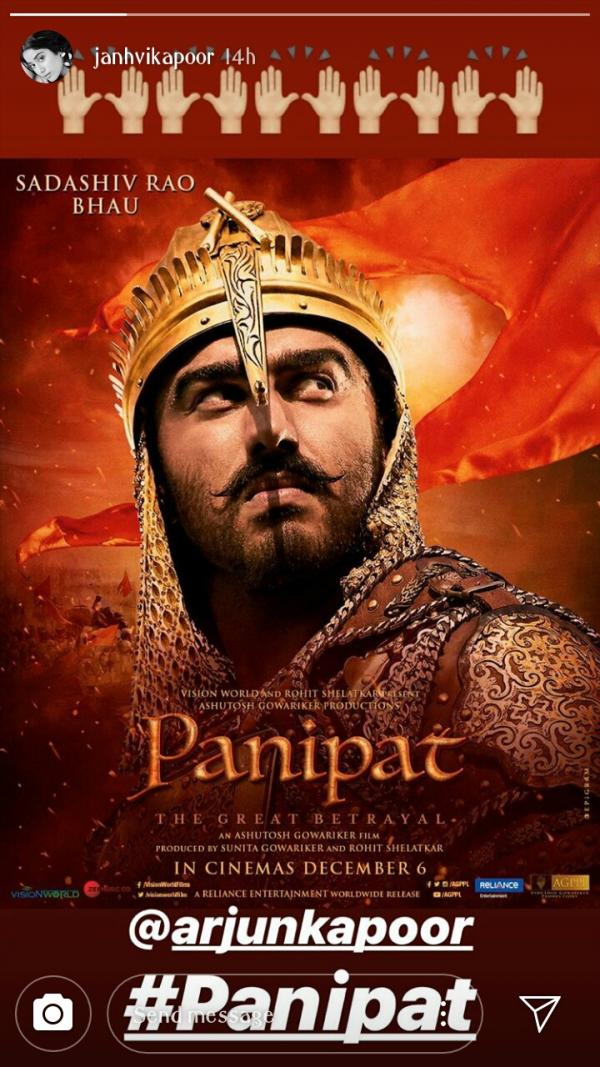 All you need to know about 'Panipat'

The movie, starring Arjun Kapoor, Kriti Sanon and Sanjay Dutt in the lead, is based on the third battle of Panipat that was fought between Marathas and Ahmad Shah Abdali, the Afghan emperor, in 1761. Directed by Ashutosh Gowariker, the movie is receiving rave reviews from all corners.

Also Read | Arjun Kapoor On Failure: 'Two Bad Fridays Can’t Define Who I Am, I Am More Than That'