Janhvi Kapoor Is Still In Holiday Hangover From Her Varanasi Trip; See Pics

Actor Janhvi Kapoor recently returned from her vacation to Varanasi along with her friends. Here is what she is posted on her Instagram. See the pictures here.

Janhvi Kapoor on a nostalgic trip

Janhvi Kapoor posted two pictures from her trip to Varanasi on her Instagram story. The first picture is of herself sitting on a boat as she looks back to the camera for a lovely pose. The actor can be seen wearing a white kurta and a light green dupatta. 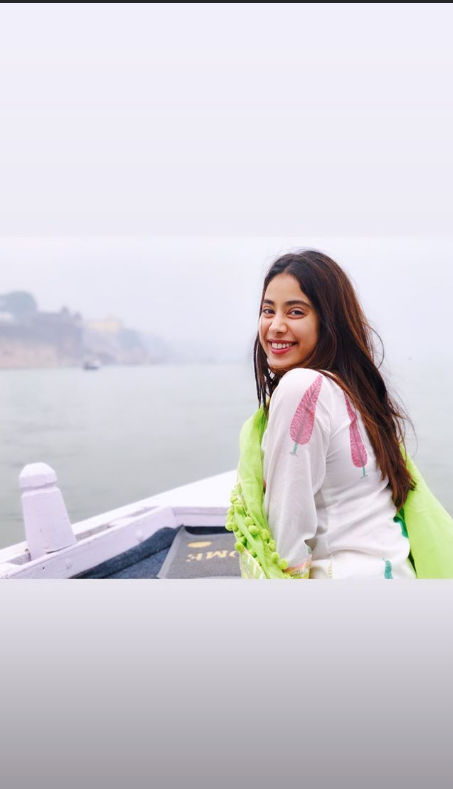 ALSO READ | Janhvi Kapoor And Nushrat Barucha Repeated The Same Outfit, But Who Wore It Better? 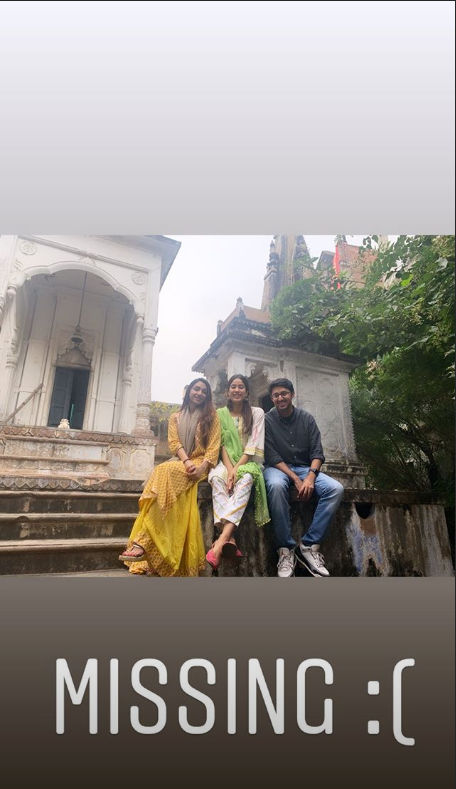 Another picture that the actor posted is of herself along with her friends Tanisha Santoshi and Sharan Sharma. The actor gave the caption 'Missing' along with a sad emoticon. Sharan Sharma is the director of her upcoming movie Gunjan Saxena: The Kargil Girl. The actor can be seen smiling beautifully as she sits with her friends. The movie will also star Janhvi Kapoor, Pankaj Tripathi, and Angad Bedi. The movie will be releasing on March 13, 2020.

ALSO READ | Janhvi Kapoor Vs Ananya Panday: Who Will Land Up In Vijay Deverakonda Starrer 'Fighter'?

According to an article in a leading entertainment website, Janhvi Kapoor is back in Mumbai to shoot for the movie Dostana 2. The movie will also star Kartik Aaryan and Lakshya. The fans of Janhvi and Kartik are sharing their excitement to see the pair of them together. The movie will be directed by Collin D'Cunha. Dostana 2 will be releasing in 2020.