While Jay Bhanushali is known for his long run in the television industry, he has worked in a few films as well. The actor stays quite active on social media. However, in his latest Instagram post. Bhanushali has posted a small clip from his movie Ek Paheli Leela, starring Sunny Leone. Nearly six years after the film released, he has revealed a particular scene from it as his favourite.

Having worked a number of television shows, Jay Bhanushali is no stranger to intense and dramatic scenes. However, one such scene happens to be quite memorable for the actor, which also features actor Sunny Leone, from their film Ek Paheeli Leela. Sharing parts of a dramatic sequence from the film, the actor wrote in the caption of the post, “My favorite scene of my film #ekpahelileela what a film...”. With a fair amount of action and thrill, the particular scene of the movie displays the intense performances given by Sunny, along with the rest of the actors.

Ek Paheli Leela had a long list of leading actors playing the major roles in the film. These include Sunny Leone, Jay Bhanushali, Rajneesh Duggal, Mohit Ahlawat, and Rahul Dev. Made at a fairly moderate budget, the film managed to do well at the box office. Jay’s followers on Instagram seem to agree with him, saying that they enjoyed this particular scene as well, along with praising his acting in the movie. 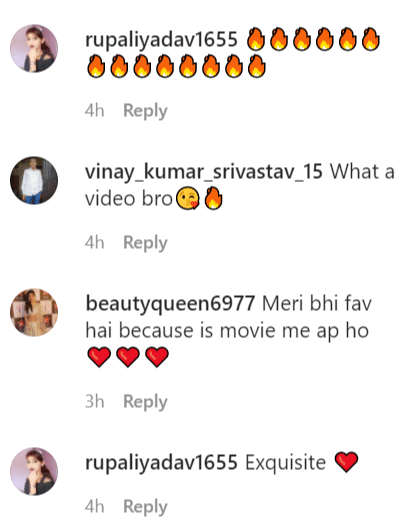 Jay Bhanushali has acted in a couple of other films as well, including Hate Story 2 and Desi Kattey. He has also worked in popular shows such as Kasautii Zindagii Kay, Kis Desh Mein Hai Meraa Dil, Geet – Hui Sabse Parayi and hosted some reality shows as well. Sunny Leone, on the other hand, has worked in a long list of films and appeared in multiple television shows as well, such as Ragini MMS 2, Kuch Kuch Locha Hai, One Night Stand, and several others.