An avid pet lover, actor John Abraham who is known to have a soft corner for animals, recently shared a post demanding strict penalty against animal cruelty.

An avid pet lover, Bollywood actor John Abraham who is known to have a soft corner for animals, recently shared a post demanding strict penalty against animal cruelty. Apart from this, the actor even informied fans that a petty amount of Rs 50 is only imposed on culprits who are causing harm to strays or pets. The actor urged people to raise their voice for stricter laws and punishments against the culprits.

The actor shared the post with two animated pictures describing how the culprits easily walk away by paying a petty amount of just Rs 50 if they are charged with cruelty against animals. Apart from this, the actor also informed his fans and followers that this fine was laid back in the year 1960 and is still being practiced. Further, John also wrote that in the year 2020 there are certain alterations that should be made in the laws and also urged people to raise their voice against the same. At last, the actor requested the people and appealed the authorities to change this ancient fine and levy stricter punishments now.

Several fans of the actor were quick enough to extend their support to the actor and promised to lend their voice on the hot topic. One of the users wrote that finally there is someone who took up the initiative and is raising his voice on the same. Another user chimed in and wrote that she will support John Abraham in any way she can. A third user echoed similar sentiments and expressed his sadness over the cruelty. The follower wrote that such things are a shame for the society. A fourth user hailed the actor for raising his voice against animal cruelty and called the actor a “god human.” 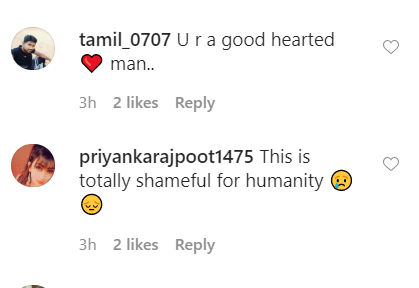 Meanwhile, on the work front, the actor has a host of films in the pipeline. Recently, the shooting location of the film Mumbai Saga was shifted from Hyderabad to Mumbai, owing to the COVID-19 risk around the country. Director of the film Sanjay Gupta revealed that the last leg of the film had to be shot in Hyderabad but the team has decided to finish the film in Mumbai itself due to the surging COVID 19 cases. He implied that he did not want to put his cast and crew at risk by traveling across borders. Apart from this, he has Satyamev Jayate 2 and Ray in his Kitty.