Juhi Chawla Gets A Mantra To Survive 2021 From A 1993 Film Feat Aamir Khan; Watch

Bollywood actor Juhi Chawla took to her social media handle and shared a video, in which she revealed her mantra to survive the year 2021, on Tuesday. Watch

Veteran Bollywood actor Juhi Chawla took to her social media handle and shared her mantra for 2021, on Tuesday. In a video-post, she shared the snip of a song from her film Hum Hain Rahi Pyar Ke. Interestingly, in the snip, Juhi Chawla and her co-star, for the film, Aamir Khan are seen lip-synching the part of the song where the lyrics are, "Kehati hain ye waadiya / Badalega mausam / Kehati hain ye waadiya / Badalega Mausam". To Instagram her short-video post, Chawla wrote, "And that is my Mantra for 2021". Later, she also asked her 1.8M followers and fans to write the name of the song if they had to describe their mantra for the year 2021, along with a grinning face emoticon. Scroll down to watch Juhi Chawla's latest video-post on Instagram.

Within a couple of hours, the 53-year-old actor's post received an overwhelming response on the photo-video sharing platform as it bagged more than 130k views; and is still counting. On the other hand, the post also managed to give a moment of laugh to many Instagrammers as they flooded the comments section with laughing emoji. An Instagram user wrote, "This is my go-to song to sing while playing antakshari" while actor Jyoti Singh said that song Choti Si Asha is her mantra for 2021. 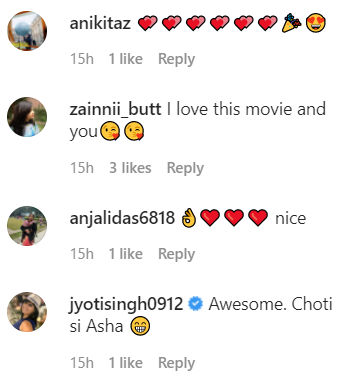 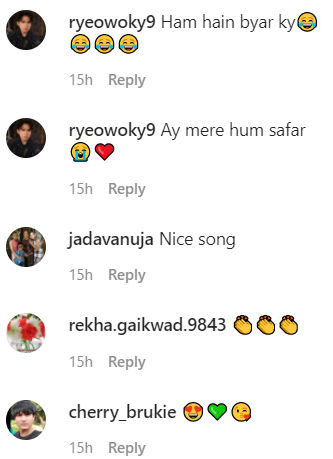 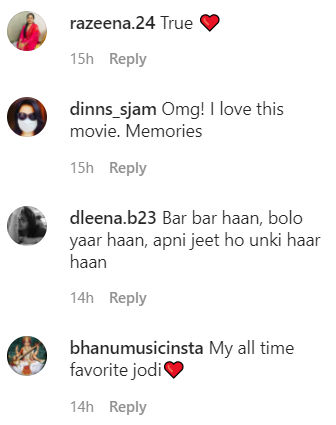 The above song is the title track of Juhi Chawla and Aamir Khan starrer film, Hum Hai Rahi Pyar Ke, which was released in 1993. The rom-com received positive reviews and also turned out to be a box-office hit. Interestingly, the film also garnered the National Film Award - Special Jury Award / Special Mention (Feature Film). The Mahesh Bhatt directorial was said to be inspired by 1958 movie House Boat.

Juhi Chawla is an avid social media user and the media feed of her handle makes it quite evident. The actor keeps her fans updated with her whereabouts. From celebrating milestones to giving a peek into her life, she has shared 842 posts, so far. In her previous post, she extended new year wishes with a thoughtful message. The above post is one of her recent posts, featuring her mother.