Kareena Kapoor Khan opened up on 'Poo diaries'. The actress has a plethora of projects and will be next seen in the film, Good Newwz alongside Akshay Kumar

We all know that Kareena Kapoor has been one of the most famous personalities in the Hindi film industry for a long time now. But her role in Kabhi Khushi Kabhie Gham as Poo/Pooja was one of the most prominent roles she did. With success always kissing her feet, she has been referred to as a Poo in real life too. Her never-give-up attitude and proactiveness have been loved by her fans. A few months back, Karan Johar mentioned, 'Poo Diaries' being in the works. When asked about when an official announcement would be made, the actress at an event said, "Karan and I are still in talks. The show is being written and will be announced once the script is locked." 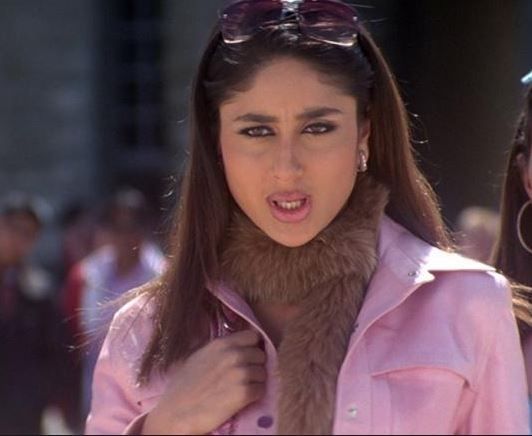 What's next for Kareena Kapoor Khan?

Kareena Kapoor is singing to the tune of success, as the actor has several releases lined up in the coming year. Kareena Kapoor is gearing up for her next release, Good Newwz along with Akshay Kumar, Diljith Dosanjh, and Kiara Advani. Directed by Raj Mehta, Good Newwz also stars the ace actors, Tisca Chopra and Gulshan Grover in prominent roles. Kareena Kapoor will be seen sharing the screen space with Ranveer Singh, Alia Bhatt, Bhumi Pednekar, Vicky Kaushal and Janhvi Kapoor in the much-anticipated period drama, Takht.

Kareena Kapoor Khan is known as a phenomenal actor with great poise and elegance. Be it pulling off a casual outfit for airport or being glammed up for an event, the actor is loved admired for acing anything with quite ease and grace. Kareena Kapoor is making waves in Bollywood with her perfect sartorial choices. The diva has made headlines numerous times for her chiselled physique and chic fashion looks.