Bollywood's versatile actress Kareena Kapoor Khan is currently in quarantine with her little son, Taimur Ali Khan, and husband, Saif Ali Khan. From spending quality time with her son to sweating it out in the gym, Kareena is keeping herself busy amid the lockdown. Recently, the Good Newwz actress who is sorely missing her pre-lockdown life shared throwback pictures on social media with her friends.

Kareena Kapoor shared the beautiful pictures on her Instagram page where she took a stroll down the memory lane and reminisced old memories which show her and husband Saif Ali Khan with their friends. In one of the pictures, Kareena can be seen lying in the green grass of lush countryside with a friend next to her. A baby is also seen in a pram with them. While in the second picture seems to be from a formal party with a large group. Saif is also seen in the picture with his friends. “Sundays are for daydreaming and reminiscing the fondest memories #MissYouGuysALittleMore,” Kareena’s caption read.

Several fans of the actress praised her beauty in the pictures as soon as they were uploaded on Instagram. One of the users poured in her love for the star and wrote that she will always rule the hearts of her fans. Another user asked about the whereabouts of their little munchkn, Taimur who went missing in the throwback pictures. A third user tagged her as " always a stunner" in his comments. 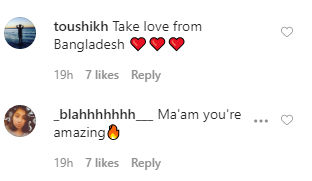 This is not the first time that the actress is sharing throwback pictures to recall some of her old fond memories. Sometime back, the actress shared an amazing picture with her sister and actor Karisma Kapoor, which took the internet by storm. In this throwback picture, Kareena Kapoor Khan and Karisma Kapoor can be seen relaxing on a couch with their feet on the teapoy. Kareena Kapoor Khan can be seen sporting a lime yellow kurta with white palazzo pants and opted for round-shaped sunglasses. Karisma Kapoor, on the other hand, can be seen wearing a back and pink sweatshirt with a pair of jeans and cat-eyed sunglasses. Meanwhile, on the work front, Kareena Kapoor Khan will next be seen in Advait Chandan’s Laal Singh Chaddha alongside Aamir Khan. The film was reportedly in the filming stage but due to the on-going situation, the production has been put on hold.