Veere Di Wedding is a 2018 comedy-drama film helmed by Shashanka Ghosh. The film revolves around the lives of four women and the bond they share since their childhood. The film has an ensemble cast including Kareena Kapoor Khan, Sonam Kapoor, Swara Bhaskar and Shikha Talsania. The film was loved by the audience and made a total of about ₹138.8 crores at the box office. Here are some of the best dialogues of Kareena from the film.

Best dialogues and scenes of Kareena Kapoor Khan from the film

1. The one where Kareena gets ready for her sangeet

One of the highlights of the film is the scene where Kareena and Sumeet Vyas are on stage for their sangeet performance while sitting on a moon prop. Kareena gets scared upon seeing the number of guests who have arrived for the programme and has second thoughts. The scene is quite entertaining to watch.

2. Conversation between Mother-in-law to be and Kareena

In the above scene, Kareena's mother-in-law says she always wanted a daughter. Kareena also imagines Sumit in a girl outfit with clips and hairbands. The conversation between the two is hilarious and one of the must-watch scenes of the film.

The song titled 'Laaj Sharam' is something every girl-to-be-married will relate to. The song shows Kareena Kapoor Khan dealing with pre-wedding anxieties, whilst knowing there's no backing out. The song is sung by Divya Kumar and Jasleen Royal and has a peppy tune which will make you groove. 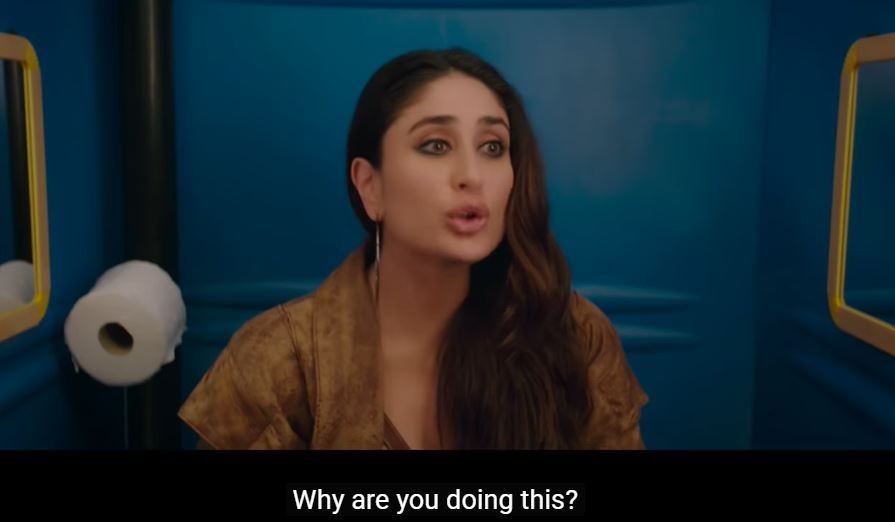 In the film Veere Di Wedding, Sumit Vyas plans to propose marriage to his long-time girlfriend. The scene where he proposes to Kareena and the way she runs to the mobile loo to avoid further discussion is a fun scene.

On the career front, Kareena Kapoor Khan will be next seen in one of the highly anticipated period drama of 2020 titled Takht. Apart from this, she will also be a part of Angrezi Medium along with Irrfan Khan. The film is a sequel to 2017's Hindi Medium and is set to release in March 2020.

ALSO READ: Kareena Kapoor Khan Movies That Had An Ensemble Star Cast; Check Out The List