Kartik Aaryan praises Janhvi Kapoor after she asks her friends and fans to “stay at home" after her house help tested positive for Coronavirus. Read ahead.

Janhvi Kapoor informed her fans and followers on Instagram about her house help who has been tested positive for Coronavirus. The actor broke this news to the public in the form of a post, which was a message from her dad Boney Kapoor. The actor expressed her concern and asked everyone to stay at home as it is the best option to prevent the spread of the virus.

As soon as this news broke out, several stars from Bollywood came out in support and showed concern towards the family of Janhvi Kapoor. Kartik Aaryan praised her for acting promptly and taking the right measures. He said this due to the way Janhvi Kapoor’s family took care of their house help while in isolation. Further on, Kartik Aaryan went on to say that spreading awareness among people has become the new normal.

Also Read | Kartik Aaryan Pokes Fun At His Sister As He Flaunts New Look, Announces 'sexy Is Back'

After this interaction, many celebrities sent supportive messages to Janhvi Kapoor and asked her to stay safe and take care of herself. Even her fans showed concern towards her through their comments and were later assured that things are fine with her. The post shared by Janhvi Kapoor mentioned the name of the house help who had been tested positive. Janhvi Kapoor’s family has since then received a notice from the BMC to transfer their helper to a quarantine centre as soon as possible. Hence the family is taking the necessary steps to act on this swiftly. 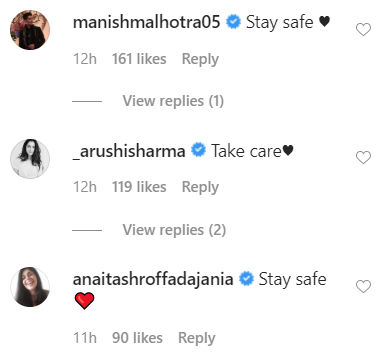 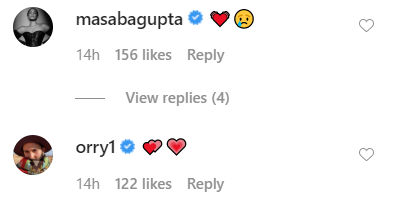 Boney Kapoor in the message mentioned that Janhvi and all the other members at home are safe and are doing well. He further mentioned that they have not been showing any kind of questionable symptoms so far. Further on, it was mentioned in the post that Janhvi Kapoor or her family has not stepped out since the first phase of the lockdown came into effect. The family of Janhvi further announced that they will be kept in a 14-day quarantine period as per the rules. The Kapoor family has agreed to this step taken by the authorities and have mentioned that they will follow and adhere to it diligently. They also thanked the workers of the BMC for their quick and swift response to their call for help, in regards to their house help.