ALSO READ| Kartik Aaryan's 'Guest Iin London': Here Are Best Scenes That Will Entice You To Watch It

When everyone asks Sonu whether he liked Sweety

Kartik Aaryan plays the titular role of Sonu in the movie whereas Sweety is portrayed by Nushrat Bharucha and Titu is played by Sunny Singh. In this scene, everyone in Titu's family thinks of Sweety as a suitable bride for Titu. So everyone is asking Titu's best friend Sonu whether he liked the girl. Sonu is however unsure about her for some reason.

When Titu shows his innocent avatar

Sonu's naive and innocent friend Titu is very gullible and believes everyone. When Sonu tells him that he thinks that Sweety is fake, Titu shares this with Sweety. This makes Sweety know what Sonu actually thinks of her.

Here is a clip from the movie which shows that Sweety is ready to take on Sonu. There is an unsaid challenge between Sonu and Sweety regarding Titu's priorities - is it love or friendship. It is a war between friendship and romance. Sonu tries his best so as to show Sweety's real intentions in front of everyone but doesn't succeed, that is when he says "Chanakya ki Maa hai ye".

When Sonu dances in Titu's wedding

Sonu knows that Sweety is not good for Titu and has ulterior motives for marrying into Titu's rich family. But after trying hundreds of times, Sonu finds out that Sweety's real intentions do not get revealed before anybody. He loses hope in trying to unveil Sweety's true intentions and finally joins in to celebrate Titu's wedding. The song played during this time also gained immense love from movie watchers. 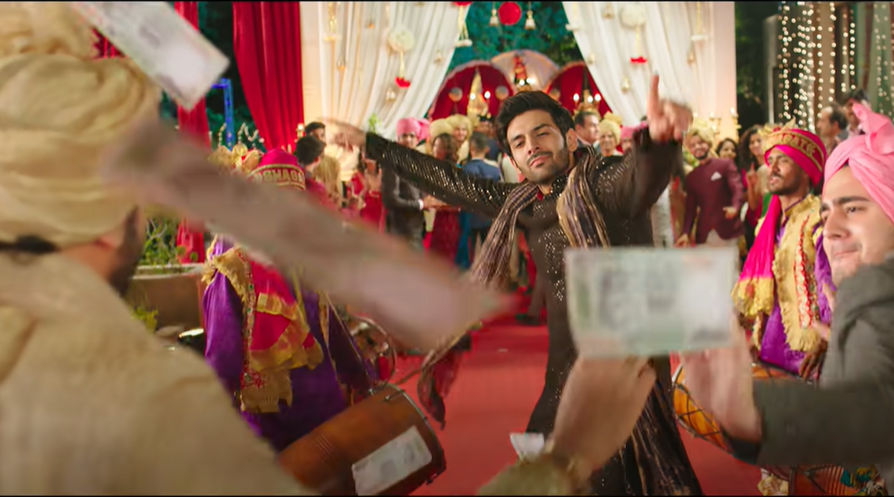