Unseen Pic Of The Day: Kartik Aaryan Feeding Sara Ali Khan In This Pic Is Unmissable

Several photos of Kartik Aaryan and Sara Ali Khan have been making rounds on the internet, but this unseen pic of the two has sent fans in a tizzy. See here

Kartik Aaryan and Sara Ali Khan, who recently shared screen space in Imtiaz Ali's, Love Aaj Kal have been garnering limelight on social media for several reasons. The duo first took the internet by storm after Sara's confession on a chat show that she wanted to date Kartik. And even before they started shooting for the Imtiaz Ali film, they became fan favourites. Several photos of the two have been making the rounds on the internet, but this unseen pic of the two has sent fans in a tizzy. 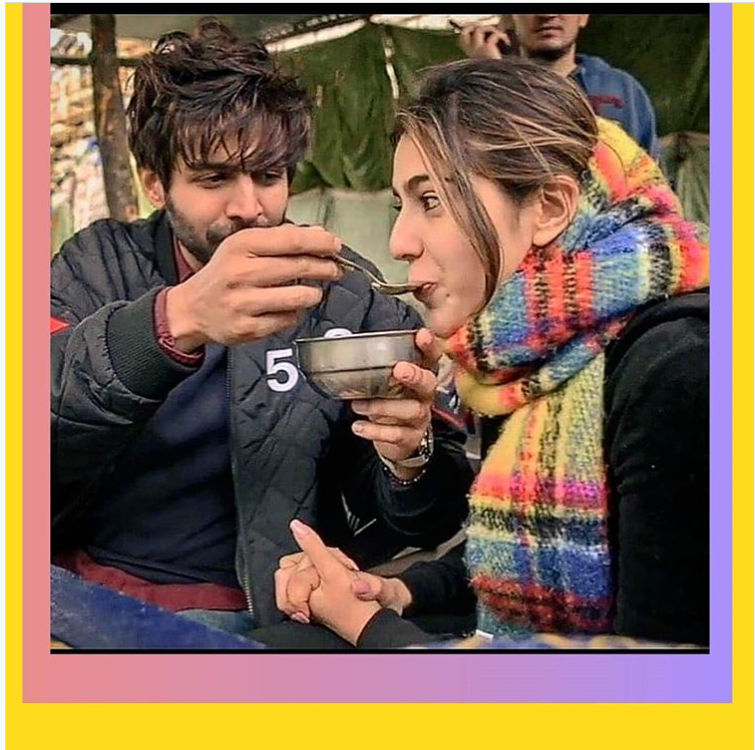 Also read | Kartik Aaryan And Sara Ali Khan's Pictures Are A Treat For #Sartik Fans; Check Them Out

Seeing this post, fans could not keep calm as they wished that even they could have this adorable moment during their lockdown. They even went on to praise their chemistry and always giving relationship goals. Some of them said, “#SarTik forever the cutest,” “aww dying for #sartik moment,” “They are the cutest,” and many more. Check out a few comments below. 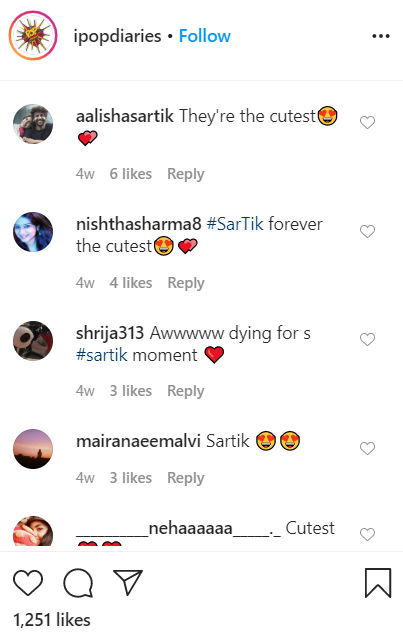 The duo shared screen space for the first time in Love Aaj Kal that released earlier this year. The film also starred Arushi Sharma in a pivotal role. The film was based on love stories of two different eras, the first is set in the late 1990s and unfolds between Raghu and Leena. While the other love story is set in the present time showcases the journey of Veer and Zoe. Kartik Aaryan essayed the role of Raghu and Veer, Sara Ali Khan played the role of Zoe and Arushi Sharma played Leena.

Sara Ali Khan will next be seen in David Dhawan’s Coolie No. 1 alongside Varun Dhawan. The film is said to be a remake of the 1995 film with the same name that starred Govinda in the lead role. Kartik Aaryan, on the other hand, will be seen in Anees Bazmee’s Bhool Bhulaiyaa 2. He will be seen sharing screen space with Tabu and Kiara Advani.