Kartik Aaryan and Sara Ali Khan are making the headlines as the trailer of their upcoming film is out. Read on to know more about their off-screen chemistry.

On January 17, 2020, the makers of the remake of Love Aaj Kal released the trailer of the film in a grand trailer launch event. In the event, Kartik Aaryan and Sara Ali Khan were seen answering several questions and were seen talking about the film. Read more to know about the surprising moment that happened between the co-actors of the film.

At the Love Aaj Kal trailer launch event, Kartik Aaryan surprised his co-actor Sara Ali Khan, as he bowed down all of a sudden to touch Khan's feet. Prior to this, Khan was asked about one similarity between all her co-stars. She replied by saying that on all four of her films, her co-stars have been 'extremely' helpful and were very supportive. She also said that they are all great actors, and have been very motivating. Aaryan touched her feet as a gesture of appreciation, in a comic way. She was surprised at first, but quickly took control of the situation and laughed it off.

READ | 'Morbius': Who Is Jared Leto Playing In The Upcoming Marvel Movie? 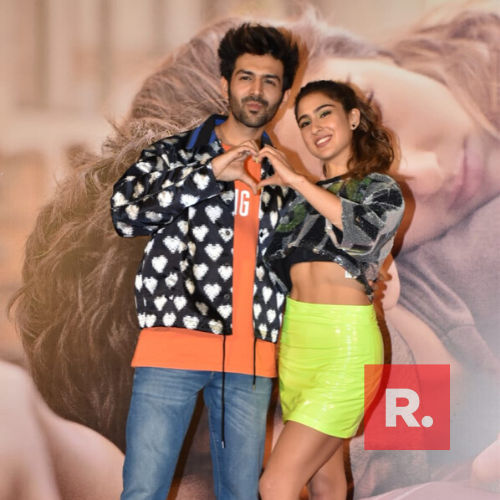 For the unversed, the Love Aaj Kal trailer was released today on the internet by the official YouTube channel of Maddock Films. It will feature Sara Ali Khan and Kartik Aaryan in the lead roles, whereas fans will also get to see Randeep Hooda in the cast, along with Arushi Sharma. The original Love Aaj Kal, which was released in the year 2009 featured Sara Ali Khan's father Saif Ali Khan in the lead role. According to the makers of the movie, the film will be set in two different times and will bring together the contemporary love story of the two actors. The 2020 romance drama is slated to be released on February 14, on the occasion of Valentine's Day 2020.