Kiara Advani took to her Instagram to share a quarantine themed meme of 'Guilty'. This meme is super relatable. Take a look at the meme here to know more

The worldwide outbreak of Coronavirus or COVID-19 pandemic has put many countries under lockdown. Local governments of these affected nations have been asking people to practice social distancing and be alone to prevent the spread of the virus. This has affected the film industry too. The outbreak of novel Coronavirus (COVID-19) may have pushed people indoors around the globe, but many popular celebrities are trying to keep their audiences entertained. Kiara Advani also is doing the most to keep her fans motivated and entertained during this crisis. 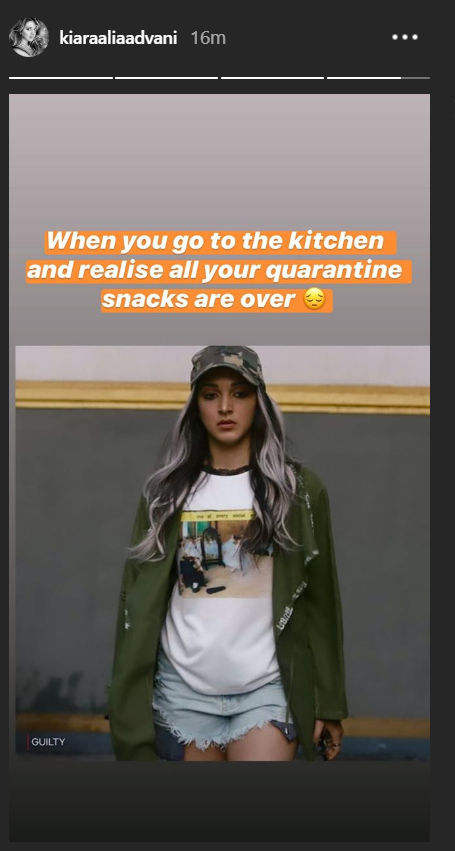 Kaira Advani’s latest release was a Netflix original titled Guilty. She recently took to her Instagram to share a meme. The meme is a picture from Guilty. She captioned the picture by writing “when you go to the kitchen and realise all your quarantine snacks are over” She also added a sad emoji at the end of her caption. Kaira Advani’s image is relatable as all of us are in self-quarantine at home and are slowly out of snacks that we had stocked for the self-quarantine period.