Kiara Advani has been impressing masses with her trendy style choices. Read ahead and check out the Kabir Singh actor's most expensive clothing choices.

Kiara Advani's last two movies, Kabir Singh and Good Newwz were two of the most successful films at the box-office. The star has also impressed the fashion police with her vogue styling statements. Kiara Advani is not only winning praises for her on-screen performances but also with her inspirational fashion sense. However, to create a buzz with her style Kiara Advani is paying a huge amount. Having said that, check out Kiara Advani's expensive clothes that are making headlines. 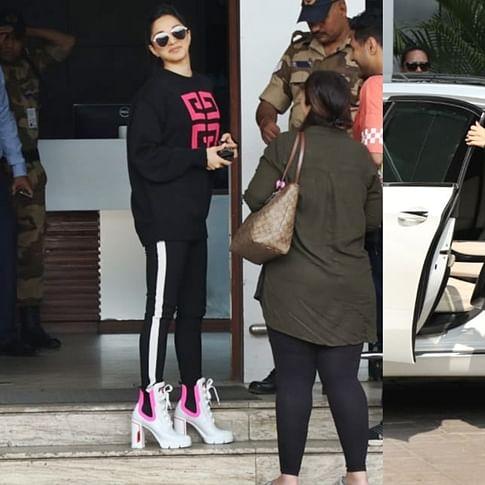 In this picture, Kiara Advani can be spotted wearing an all-black outfit spotted with boot heels. The sneaker heels worn by Kiara are designed by Prada. The shoes reportedly cost Rs. 70,000. Kiara paired the boots with a Givenchy jumper, tights and sunglasses. The Givenchy tracksuit donned by the Kabir Singh star is reportedly worth almost a lakh. These boots were initially popularised by Nicki Minaj when she wore them to the European Music Awards 2018.

Also Read | Kiara Advani or Sara Ali Khan: Whose summer style are you rooting for? 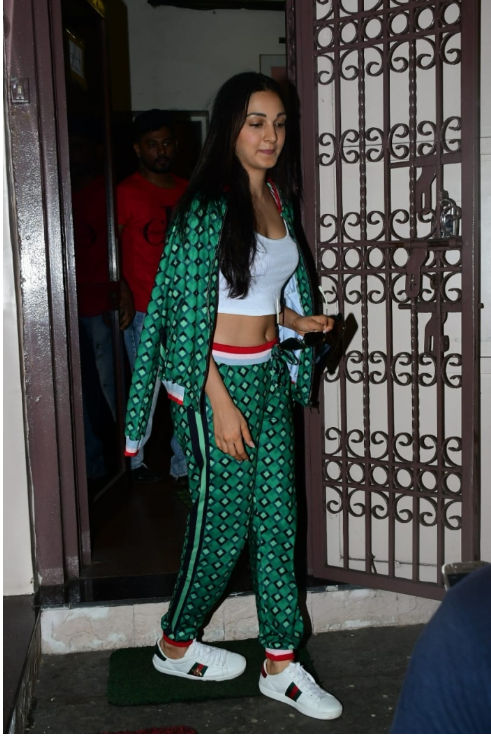 In this look, Kiara Advani looked stylish and bold. Here the actor can be seen wearing a green co-ords tracksuit clubbed with a white tank top. However, Kiara Advani's jawdropping and expensive white Gucci shoes grabbed away all the attention. According to the reports, her white Gucci shoes are worth Rs 46,603.70. This look of Kiara surely made her fans go gaga over her classic style.

This outfit of Kiara Advani is from her birthday wardrobe. The star recently marked her 27th birthday. Here, the Good Newwz actor dazzled at her party wearing a shining bright pearl white co-ord set. The outfit was sported with a Chanel belt bag that had golden chains. Kiara Advani styled her look with a golden choker, multiple rings and pointed nude pumps. Kiara's Chanel belt bag was reportedly worth Rs 3,53,707.

Kiara Advani stunned in this outfit for a success party of Kabir Singh. She can be seen wearing a pretty colourful plaid style mini dress. The outfit is created by designer Prabal Gurung. Kiara balanced her stunning dress with a pair of classic pointed-toe pumps by Christian Louboutin. The entire look of Kiara Advani is reported to be worth at least Rs 74,000.