Check Kriti Sanon's unmissable chemistry with Sushant Singh Rajput in their movie 'Raabta'! The movie was Dinesh Vijan's directorial debut & was loved by many.

Raabta was a 2017 film which starred Kriti Sanon and Sushant Singh Rajput in the lead roles. The movie also marked the directorial debut Dinesh Vijan. Kriti Sanon played the role of Saiba/Saira Singh in the film whereas Sushant Singh Rajput played the role of Jilaan/Shiv Kakkar in the film. Take a look at some of the best moments of the film Raabta.

The song depicts the whole process of the lead pair falling in love in the film. The song captures the rawness of modern age love and is one of the most loved songs from the film. There were also some reports that stated that Sushant and Kriti had started dating during the shoot of the film.

When Saira remembers her first love

Jim Sarbh and Kriti Sanon, in the roles of Zakir and Saira respectively, were actually each other's first love in the previous life but they had to separate due to some unforeseen circumstances in their lives. So when Zaklir meets Saira in the present life, she feels that she knows him and instantly feels comfortable with him. However, Zakir blackmails Saira in this situation which then leads her and Shiv to break up. 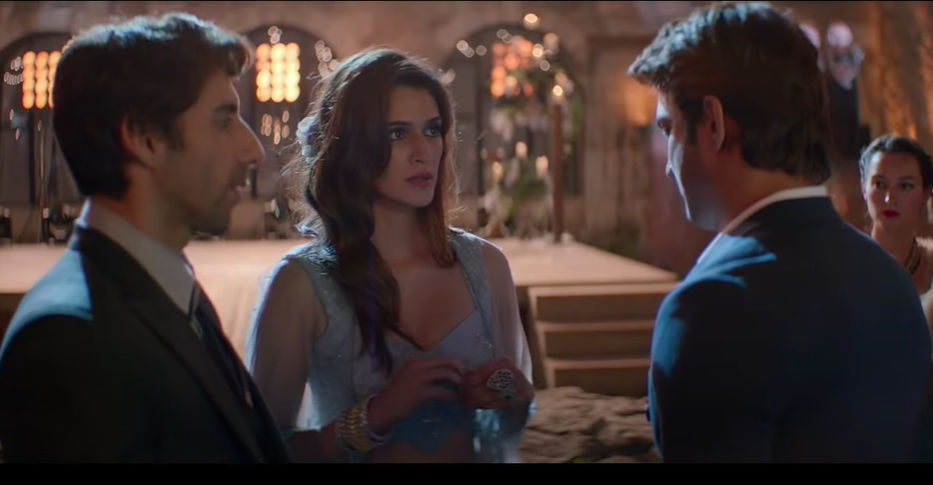 The underwater scene from Raabta

The scene depicts the climax scene from two time periods. The one where Kriti's hair is tied depicts the time when her character Saiba bids Jilllan goodbye as he is killed by Zakir (Jim Sarbh). The other image which has Kriti in white shows the time when Saira remembers the past and goes underwater to save Shiv and finally revives him, thus breaking their reincarnation cycle.

ALSO READ| Tiger Shroff Says Kriti Sanon Is ‘too Big A Star’ To Work With Him; Actor Reacts