In the above embedded Instagram post, Kriti Sanon gave a glimpse of Pheobe's first birthday party. In this video, Pheobe looks stunning in her sparkling blue birthday cap. Kriti's sister Nupur holds Pheobe as the latter gets ready to cut her birthday cake. Kriti Sanon has recorded the adorable video. Everyone sings the birthday song for the birthday girl.

A bone-shaped personalized cake can also be seen in the video. Apart from Pheobe, another Kriti Sanon's pet, Disco Ball was spotted at the birthday celebration. Wishing her child a happy birthday on social media, Kriti Sanon penned a heartfelt caption dedicated to the former. She wrote, "Happy 1st birthday my child #phoebe you make my world beautiful and happier".

Also Read | Kriti Sanon's 'soul moves' on two-wheeler while fulfilling one of her dreams; watch

Several fans and followers of Kriti Sanon commented on the actor's post. One of the users wrote, "Omg this is the cutest thing everrrrrrr", while another added, "Happy Birthday #phoebe". Photographer Dabboo Ratnani also commented on Kriti Sanon's post. He wrote, "Happy Birthday". Fans and netizens were quick to wish Pheobe on social media on her first birthday. Take a look at some more fans' reactions below. 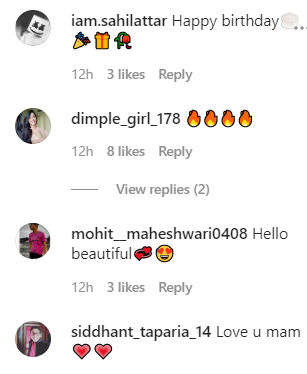 On Jan 1, Kriti Sanon took to her Instagram handle and shared a picture of Pheobe and Disco Ball. Kriti's dogs were seen playing with 'happy new year' balloons. The actor welcomed the year with her adorable dogs, Pheobe and Disco Ball. Sharing the picture on Instagram, Kriti Sanon wrote, "My morning dose of happiness Happy New Year everyone! Wishing all of you lots of love, happiness, good health, positivity and peace of mind!". Check out Kriti Sanon's photos.