Manushi Chhillar won many hearts when she won the title of Miss World back in 2017 and she enjoys a massive following on Instagram with 6 million followers. Recently, Manushi took to Twitter to share how her family was sharing responsibilities in the absence of her mother who was busy on duty amid the Coronavirus outbreak.

Manushi Chhillar's mother Dr Neelam Chhillar is currently on her medical duty in Delhi. While her mother is away, Manushi's father has been taking care of the household. Manushi took to her Instagram stories to share a delicious meal that she had cooked for her father. Check it out below -

Manushi Chhillar cooks a meal for her father 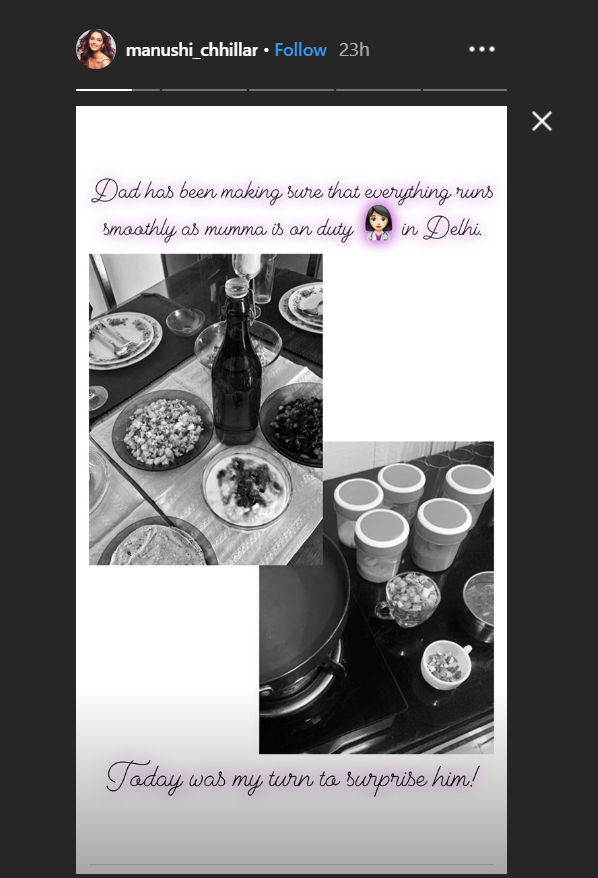 Also read: 'Prithviraj' actor Manushi Chhillar is a ray of sunshine in these dreamy pics 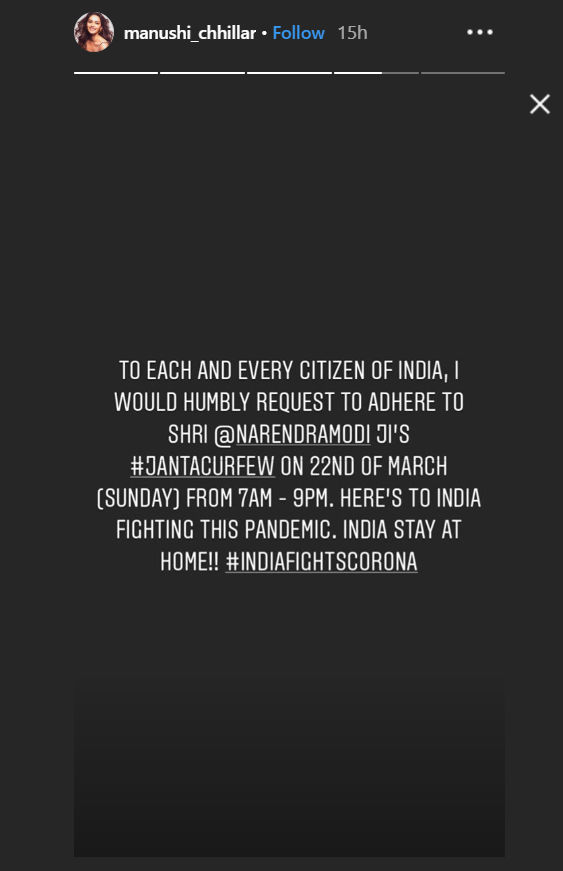 Manushi Chhillar will be making her Bollywood debut soon with the film Prithviraj Chauhan which will go on floors soon. The film will feature Akshay Kumar in the titular role of Prithviraj whereas Manushi Chhillar will be seen essaying the role of Sanyogita. While speaking to a news daily about the film, Manushi had revealed it was a huge honour for her to get chosen by a well-known production house like Yash Raj Films. She had also expressed how she is very happy to be a part of the project and thrilled to learn new things with the film.

Also read: Manushi Chhillar's net worth is THIS much as she gears up for her Bollywood debut

Also read: I want to contribute towards portrayal of Indian woman in films: Manushi Chhillar