Nawazuddin Gets High Praises For 'Ghoomketu' Teaser, Fans Call Him 'King Of Acting'

The teaser of Nawazuddin Siddiqui's Ghoomketu dropped and his fans cannot keep calm. The actor shared the teaser of the movie on May 14 and it was also released by the OTT platform ZEE5, where it will be released. Fans of the versatile actor took to the social media platforms and expressed praises for him.

People are all praises for Nawazuddin Siddiqui. A fan claimed that he is the most talented actor in Bollywood. Another claimed that Nawazuddin makes everything realistic. One fan said that Nawazuddin is just beyond perfection. One fan also expressed relief claiming that finally, something good is releasing so that they can watch it during the lockdown. 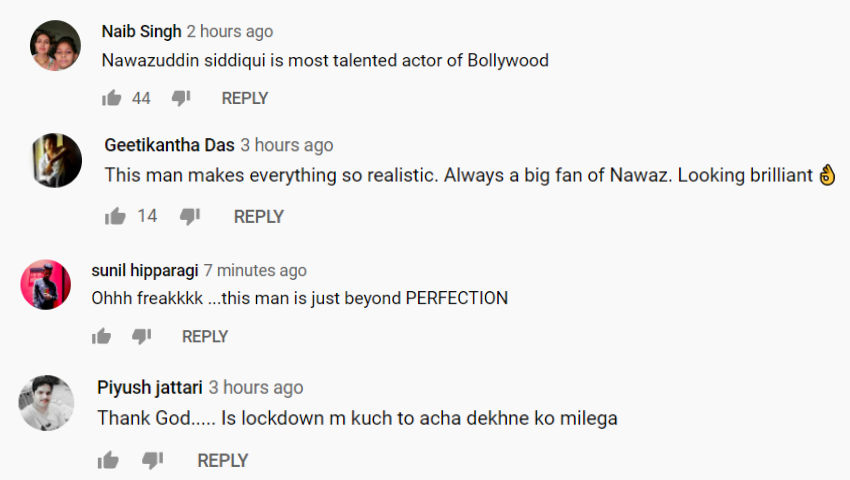 Nawazuddin Siddiqui also shared the teaser on his Instagram. A fan called him Bollywood King. Another shared that they are waiting for the release of the movie. A comment also claimed that Nawazuddin’s acting is on fire. 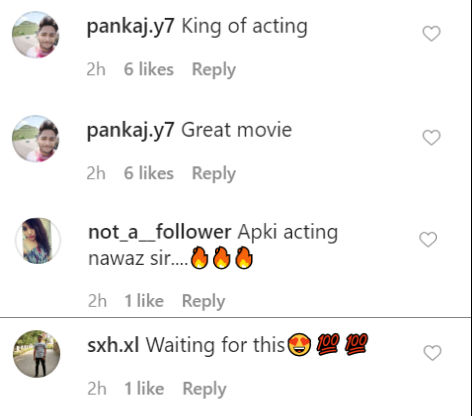 Twitter was also shook up with positive reactions for Ghoomketu. Fans called the trailer very interesting and also had a lot of appreciation for Nawazuddin Siddiqui. Here are some Twitter reactions:

Finally the day has come waited so long for the movie

Nawaz bhai presence of course it will blast. #Ghoomketu will roar the digital release. And of course will subscribe only for him. Beat of luck Nawaz bhai

ALSO READ | Nawazuddin Siddiqui's movies that will keep you at the edge of your seat; See list here

The teaser of the movie shows Nawazuddin Siddiqui as Ghoomketu, who has come to Mumbai to write a movie. He is shown as someone who is highly fascinated by the city. Next, the teaser introduces Anurag Kashyap who is a bored police officer and is approached by Siddiqui, who claims that his script got lost. The trailer also shows snippets of Amitabh Bachchan, Ranveer Singh and Sonakshi Sinha.

What is Ghoomketu all about?

The movie traces the story of Ghoomketu, who is an aspiring writer hailing from a village in Uttar Pradesh named Mahona. He runs away to Mumbai to try his luck in films. He gives himself 30 days to make his name in Bollywood. His family is using its political connections to look for him. A lazy corrupt officer is given the case of finding him or he will be posted elsewhere. To his luck, Ghoomketu himself appears at the police station claiming that his script is lost. The movie shows what is in store when the lives of Ghoomketu and Inspector Badlani clash.