Actor and model Neha Sharma recently took to her Instagram handle and posted a few glimpses of her character from her upcoming project, 'Aafatehishq'. Read on.

Neha Sharma is one of the prominent actors who has appeared in a variety of Hindi, Tamil, Telugu, Malayalam as well as Kannada movies and has managed to gain a huge fan following in Hindi as well as regional cinema. She recently posted a glimpse of her character from one of her upcoming projects. Let’s take a look at Neha Sharma’s Instagram post and see how the fans reacted when she announced the exciting news to them.

As Neha Sharma is gearing up for her upcoming Indrajeet’s Nattoji’s comedy-thriller, Aafatehishq, she posted a few glimpses of her character Lallo and within no time, all her fans came rushing out with delight to see her photos. In the first picture, she can be seen in traditional attire wearing a white coloured kurta with a green dupatta.

In the caption, she stated how these were the various moods of her beloved Lallo from Indrajeet’s Nattoji’s “Aafatehishq” and also announced the good news to her fans that its trailer will be out soon. All her fans took to her Instagram handle and dropped in hearts and heart-eyed emojis to the comment section to show how amazing her look was.

Some of them even mentioned how eager they were to watch the trailer of her upcoming ZEE5 original, Aafatehishq. Have a look at how fans reacted to Neha Sharma’s various moods of Lallo. 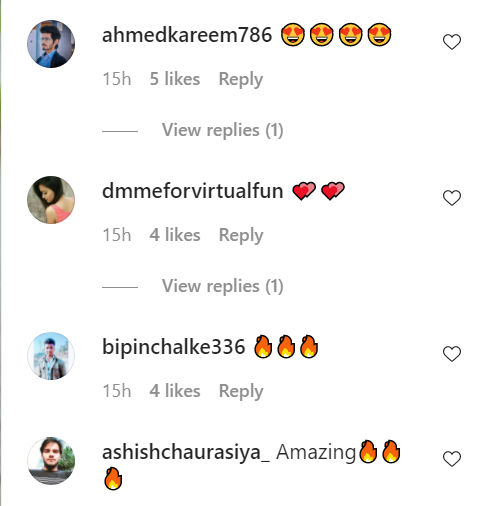 As the actor is excited about her upcoming Indrajeet’s Nattoji’s comedy-thriller, Aafatehishq, she took to her Instagram a while ago to share yet another glimpse of her from the movie. She shared a clip of her movie and added in the caption how she was super excited to share the motion picture of their labour of love. She even added how falling in love was injurious to health and mentioned that her fans will be able to watch it soon online. As Neha Sharma's movies are loved by her fans, they expressed their excitement for her new movie.