Pankaj Tripathi Shares A Quirky Snippet From His Upcoming Movie 'Ludo', Have A Look

Pankaj Tripathi took to his Instagram yesterday on November 10, 2020, and shared a teaser of his upcoming 'Ludo'. Take a look at the video.

Pankaj Tripathi took to his Instagram on November 10, 2020 and shared a teaser of his upcoming film, Ludo. The movie is a Netflix original that will release on November 12, Thursday, and is a highly anticipated release, considering its massive ensemble cast. Take a look at Pankaj Tripathi’s post and know more about the film.

Pankaj Tripathi uploaded a snippet from his upcoming Netflix movie Ludo that is set to release on Thursday, November 12, 2020. The short video features him and Rohit Saraf in a quirky conversation. Tripathi plays the role of Sattu Bhaiyya in the dark comedy-drama, who wrote along with the video, “Let the mind games begin! 2 DAYS TO GO. #Ludo premieres 12 November, only on Netflix.” 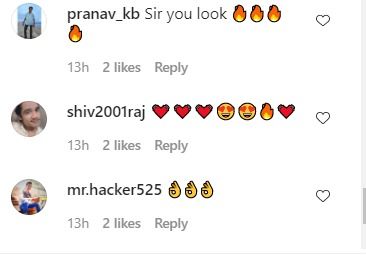 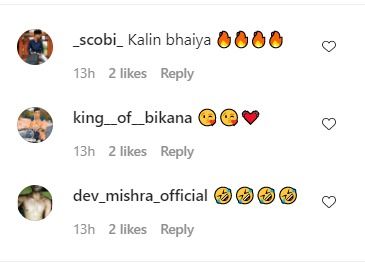 The actor has been actively uploading posts about the movie for a while now, from countdowns to stills from various scenes. Tripathi was recently seen in the Amazon Prime series Mirzapur season 2 in which he plays the titular role of Akhandanand Tripathi aka Kaleen Bhaiyya. He was also seen playing the father of Gunjan Saxena in the Netflix movie of the same name in August, and as Tony in Angrezi Medium prior to that. The actor who has been receiving critical acclaim in recent years also has a series of upcoming projects including the sports drama '83.

Also Read: Pankaj Tripathi On His Highest Paying Movie Yet And How He Keeps Breaking His Own Record

Ludo is a dark comedy crime drama that links together 4 different stories that include resurfaced sex-tapes to a suitcase full of cash. The movie is directed by Anurag Basu and will be bankrolled by Bhushan Kumar, Divya Khosla Kumar, Krishan Kumar, Anurag Basu, and Tani Basu under their banners of T-Series and Anurag Basu Productions respectively. The most intriguing part is the ensemble cast which includes Abhishek Bachchan, Rajkummar Rao, Pankaj Tripathi, Aditya Roy Kapur, Rohit Suresh Saraf, Fatima Sana Shaikh, Sanya Malhotra, Pearle Maaney, and Inayat Verma. It is set to release tomorrow on November 12, 2020.

Also Read: Pankaj Tripathi Is Overwhelmed By The Love His 2017 Film 'Newton' Is Receiving Till Date