Prabhas To Shahid Kapoor: Here's A List Of Actors Who Portrayed Royalty Onscreen

Prabhas and several other actors in the Indian Film Industry have essayed royal characters on-screen. Here, is a list of such noted actors

In the Entertainment Industry, there are several actors who have played royal characters in films. Be it Prabhas in Baahubali, Hrithik Roshan in Jodha Akbar, or Kangana Ranaut in Manikarnika: The Queen of Jhansi. But out of the plethora of actors who have essayed such strong personalities on celluloid only a few actors, have made a mark in the hearts of the masses. So let's take a look at the list of actors, who successfully portrayed royalty on the silver screen.

Read:Prabhas:Take A Look At Some Unseen Childhood Pictures Of The 'Baahubali' Superstar

Actors who portrayed royalty in films

Prabhas created history when he featured in S.S. Rajamouli's epic-tale Baahubali. Never before in the history of Indian cinema, a regional film saw such anticipated and buzz around it. Not only in India but this Prabhas starrer did path-breaking business overseas as well. Prabhas did a double role in the movie, as Amarendra Baahubali and Mahendra Baahubali, father and son. Prabhas played a royal king in the film and did complete justice to his character. Prabhas looked royal in every shot, and live up to the title of the film Baahubali.

Read: Prabhas' Next With Nag Ashwin To Be Made On A Whopping Budget Of Rs100-Rs 400 Crores? 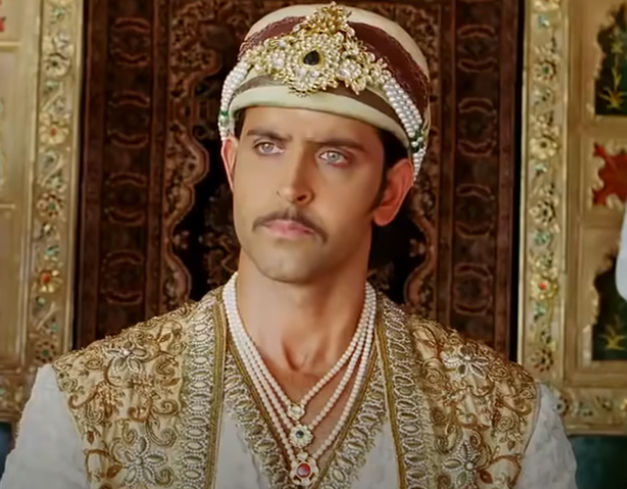 Source: A still from Jodha Akbar movie on youtube

Kangana Ranaut is one such actor, who loves to challenge herself with distinct roles. In 2019, played the role of fierce Rani Lakshmibai in Manikarnika: The Queen of Jhansi. This was the first time Kangana played a historical character on celluloid. Kudos to the stunning actor, for playing such a strong personality so effortlessly on the big-screen. From her jewellery, costumes, to action sequences, Kangana really pulled off the character beautifully in  Manikarnika, as Queen of Jhansi.

Another stupendous actor who truly looked royal on silver-screen is none other than Shahid Kapoor. In Sanjay Leela Bhansali's 2018 epic-drama Padmaavat, Shahid Kapoor played the role of Rajput King. Shahid Kapoor really worked on himself to get into the skin of his character for Padmaavat as the King of Mewar, and a rational ruler. Shahid Kapoor looked truly royal in the entire film, and also grew a moustache for it.