Actor Priyanka Chopra has expressed her excitement about receiving the screener package for The White Tiger. She revealed the 'for your consideration' leaflet.

Bollywood actor Priyanka Chopra's film The White Tiger recently released in the US and will be streaming on Netflix from January 22. On Wednesday, she took to her Instagram to share some good news with her fans. The actor shared the screener package she received for the movie. She also shared a 'for your consideration' leaflet with her team and her name on it. Read further to know what is the leaflet for and why the actor is so excited about the same.

Priyanka Chopra's film White Tiger will soon make its way to Netflix. However, it received a huge response from the audience in several countries. The actor took to her Instagram to share a screener package of the movie. She also showed the 'For your consideration' which had her name along with her film mates names written under various categories. 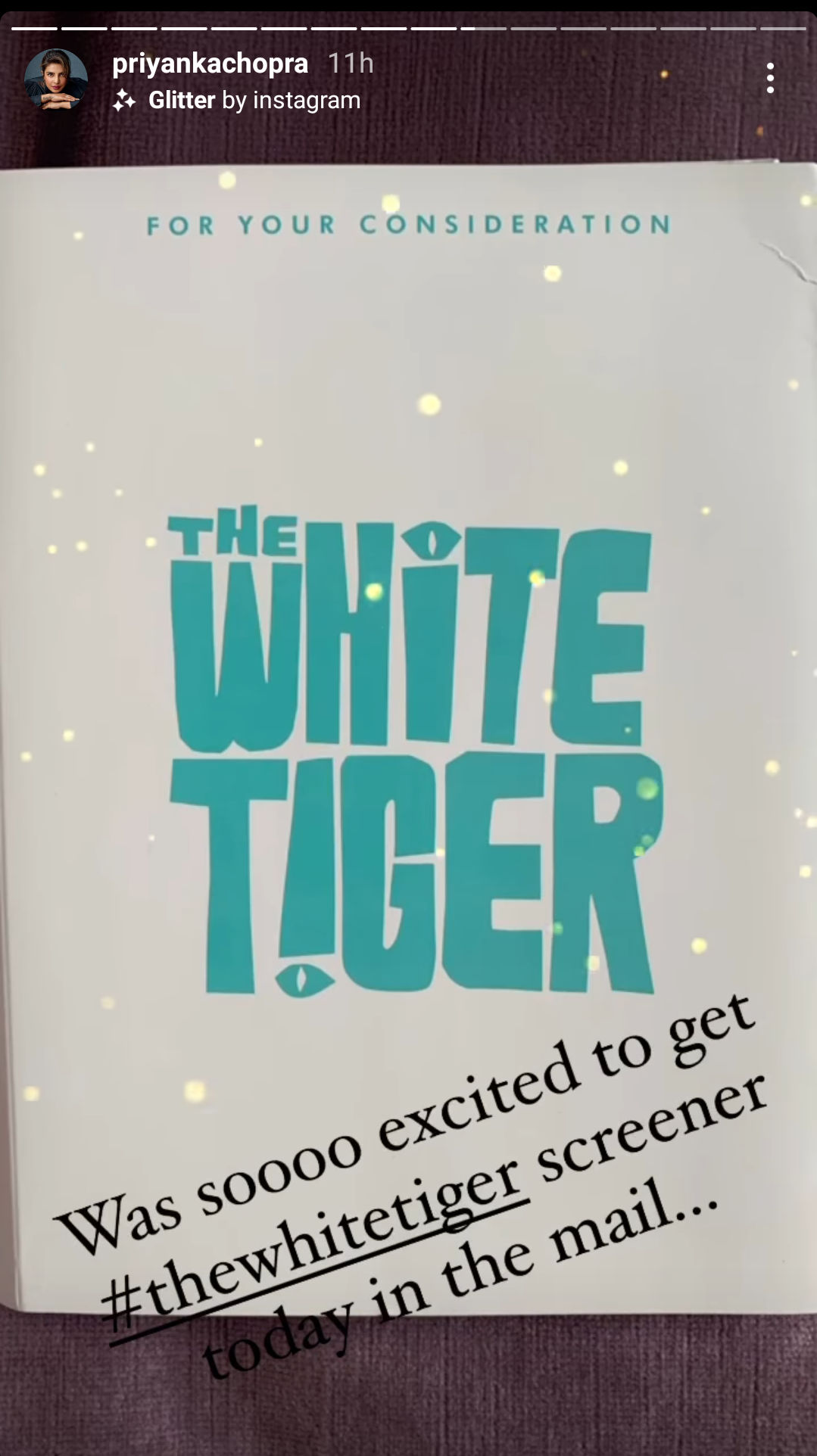 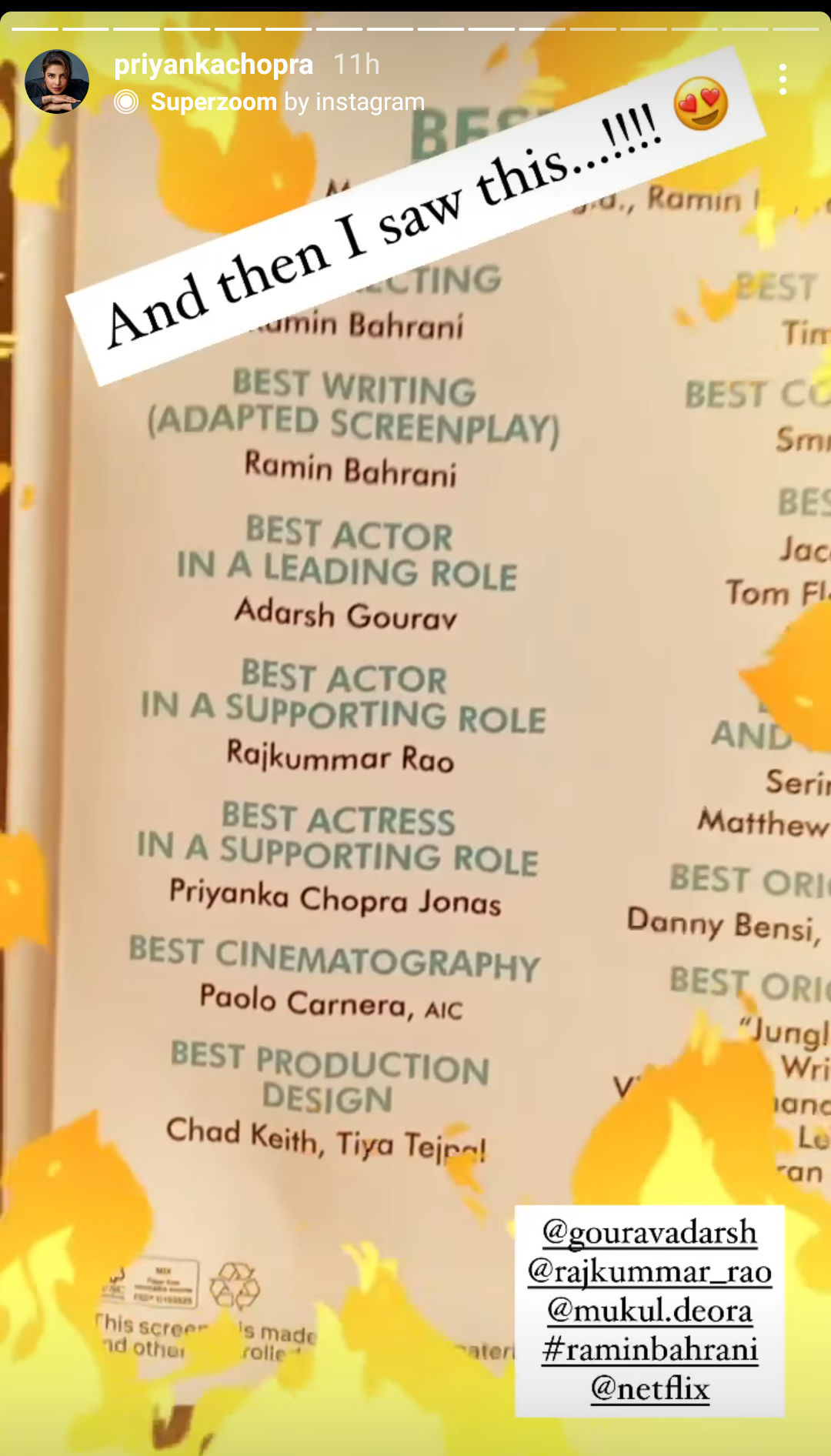 She also tagged the White Tiger cast in her Instagram story as she spotted their names. The lead actor of the film Adarsh Gourav shared her story on his page. Rapper Divine was seen under the Best Original Song category for their song, Jungle Mantra. Screenwriter Ramin Bahrani was to be considered under the best screenplay award category.

Also read | Priyanka Chopra Jonas Wraps 'Text For You', Thanks The Entire Team

Priyanka Chopra's new movie The White Tiger is an Indian American film which is adapted from Aravind Adiga's 2008 novel of the same name. Rajkummar Rao and Priyanka will be seen playing Pinky Madam and Ashok who are the rich NRI's who return to India. The lead actor Adarsh will be seen playing their driver Balram who realises how cruel some people could be. His masters trap him in certain situations and try to get away with it. The film is directed by Ramin and produced by Mukul Deora, Ramin Bahrani and Prem Akkaraju.