Pulkit Samrat recently posted a picture with his partner Kirti Kharbanda on Instagram. The duo went camping and shared a glimpse of their trip. See below

Pulkit Samrat’s caption read, “ Camping is fun when the company is @kriti.kharbanda.” Kriti Kharbanda is donning a simple yellow dress while Pulkit Samrat is seen wearing a black t-shirt and jeans. The duo is seen posing for a selfie along with a couple of polaroids and fairy lights. Check out the picture below.

Pulkit Samrat’s fans went gaga over the picture as they posted their comments on it. One of the fans commented, “ You both are very lucky to have each other”. Take a look at the fan’s comments and reactions on the duo’s camping trip. 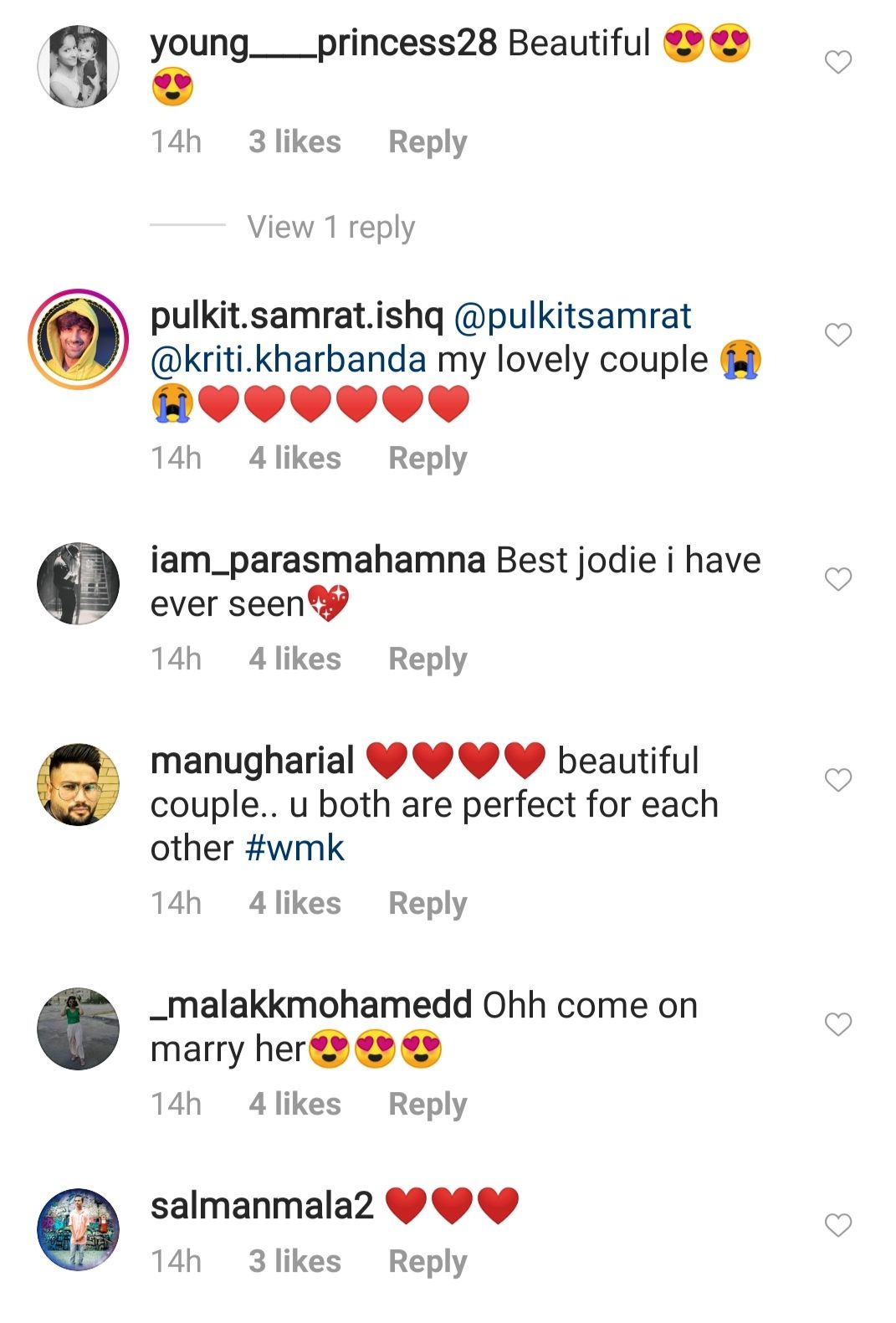 Also Read:  Kriti Kharbanda Flaunts Her 'on-point Pout' As She Shows How Her Friday Mood Looks Like

Pulkit Samrat is quite active on social media. He finds creative ways to interact with his fans. In another Instagram post, Pulkit  shared a glimpse of his long drive trip. He was accompanied by Kriti Kharbanda and their pet dog Drogo. Take a look at Pulkit Samrat’s Instagram post below.