Popular actor Radhika Madan recently looked back upon her memories and experiences from her trip to Arunachal Pradesh. Check out the video here.

Radhika Madan often takes to her Instagram to share different instances and experiences from her life. Recently, she shared an interesting video of her trip to the beautiful north-eastern state of Arunachal Pradesh which she said was her first solo trip ever. From learning the state's local language to trying out local food items, the video showcased several experiences the actor went through during her trip to the State.

On February 20, 2021, Radhika Madan took to her Instagram handle to share a short and engrossing video of her trip to a mesmerising holiday destination located in the north-eastern part of India. In the video, the actor was seen interacting with the locals of the State of Arunachal Pradesh where she tried to learn their local language and indulged in delectable dishes that they made for her. She was also given a warm welcome and was later seen heading to visit various religious institutions located there.

In the short travel video of Postcards by Arunachal Pradesh, which gave us a brief look into the docu-series by National Geographic set to premiere later on February 20, she was also seen enthusiastically being a part of the rich cultural activities that the state offers. While having a gala time with the locals of the state, she was also seen exploring some of the most breathtaking scenic spots there. From enjoying a peaceful boat ride on a river to going on an elephant ride across another, she experienced it all.

How Radhika Madan's Instagram followers reacted to her visit

The video of the actor's solo trip to Arunachal Pradesh was very well received by her followers. While numerous people flooded her comments section with heart emojis, some of them displayed great excitement about her travel to the north-eastern state. A few of her fans wrote about how they were extremely excited to watch the entire video of her trip when it would premiere later. 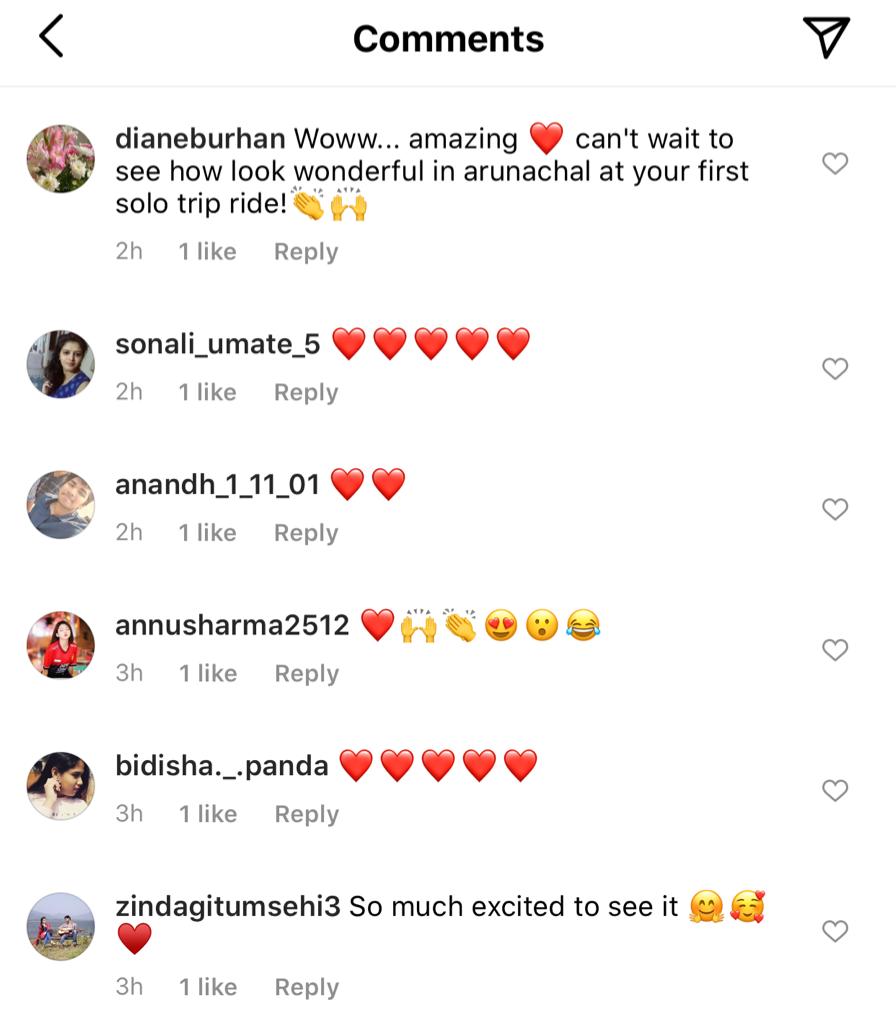 Also read: Radhika Madan Calls Herself A 'Baagh-i' As She Poses For A Sun-kissed Pic; See Here