Rajesh Khatter and Vandana Sajnani Khatter recently went to Khandala with their son. Take a look at Vandana's post and see how fans responded.

Vandana Sajnani Khatter recently took to Instagram to share a family picture clicked in Khandala. In the post, fans can spot Vandana with her husband Rajesh Khatter and their son Yuvaan. Vandana mentioned in her caption that this was the first time in seven months since they had stepped out of the house. Take a look at the post and see how fans responded to it.

After 7 mnths we step out for some fresh air and a drive to Khandala ... #Lockdownbaby is so amazed to be outdoor and his first time seeing a doggy :) .. He hasn’t learnt ‘mumma’ ‘pappa’ yet but learnt to say ‘bhow bhow’ ... #Yuvaankhattar #Sunset #Family #Khattars #Vandanasajnanikhattar #Rajeshkhattar

A post shared by Vandana Sajnani Khattar (@vandanasajnaniofficial) on Oct 14, 2020 at 2:16am PDT

Also Read | 'Mosagallu' teaser out: Sunil Shetty to play a cop while Kajal Aggarwal is the mastermind

In the post, fans can see filmmaker Rajesh Khatter and Vandana Sajnani Khatter with their son. The picture was taken on the sides of a highway and fans could spot orange skies in the background. Rajesh Khatter looked very happy in the picture and was holding his son in his arms. Vandana was also smiling and looking towards their son.

Vandana also added a long caption with her post. She started by explaining that the entire family had gone out for a trip after 7 months and ended up in Khandala. She called their son a 'lockdown baby' and added that he was very happy to be outdoors. The boy was also very happy to see dogs. Vandana finally mentioned that even though their son didn't know how to say 'mumma' or 'pappa', he had learnt how to say 'bhow bhow'.

Many fans and admirers of Rajesh Khatter and Vandana Sajnani Khatter liked and commented on the post. Fans thought the picture was very sweet and left heart emojis in the comments. Take a look at the comments on the post: 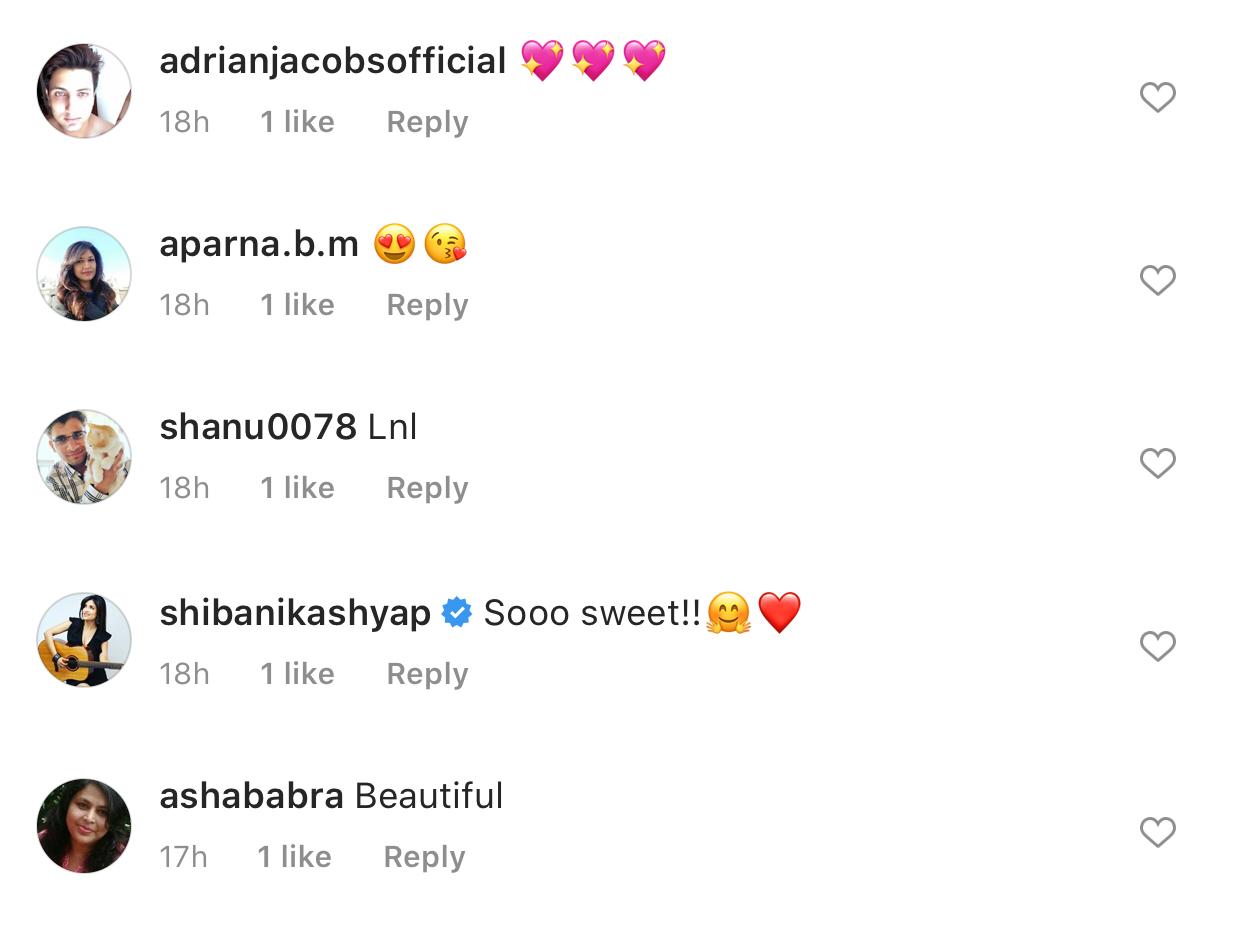 Vandana Sajnani Khatter is very active on her Instagram and often uploads pictures of her husband Rajesh Khatter and their son. In the last post, fans can spot a collage of pictures. In the picture, Rajesh Khatter can be seen with their son. In a few pictures, he can be seen playing with the boy.  Vandana uploaded the post on the occasion of Rajesh Khatter's birthday. Many fans liked and commented on the post. Take a look:

A post shared by Vandana Sajnani Khattar (@vandanasajnaniofficial) on Sep 24, 2020 at 2:47am PDT