Saqib Saleem recently dedicated a shirtless picture to his ’83 co-star Ranveer Singh. This was Ranveer Singh’s reply to the same and it is too adorable to miss.

Ranveer Singh’s upcoming film, ’83 has managed to stay in the spotlight ever since it was announced. The film also stars his wife Deepika Padukone along with Tahir Raj Bhasin, Saqib Saleem, Harrdy Sandhu, Ammy Virk, Amrita Puri, Pankaj Tripathi, Boman Irani, and Sahil Khattar. Fans have not been able to keep calm ever since the first look of the film was released.

ALSO READ | Ranveer Singh Reveals The Much Awaited Logo Of The Film, '83

Recently, Saqib Saleem took to social media to share a workout picture of him. In the caption, he said that his workout and the picture was dedicated to his co-star Ranveer Singh. Saqib Saleem further said, “Anything for my captain! This one's for you as promised” in the caption.

Ranveer Singh immediately took to the comments to mention how he was flattered. He wrote “Hehehehehehe *sharrma gyaa*” along with a blushing emoji. Joining the bandwagon was, Saqib Saleem’s sister Huma Qureshi who wrote “Bas karo balak”. 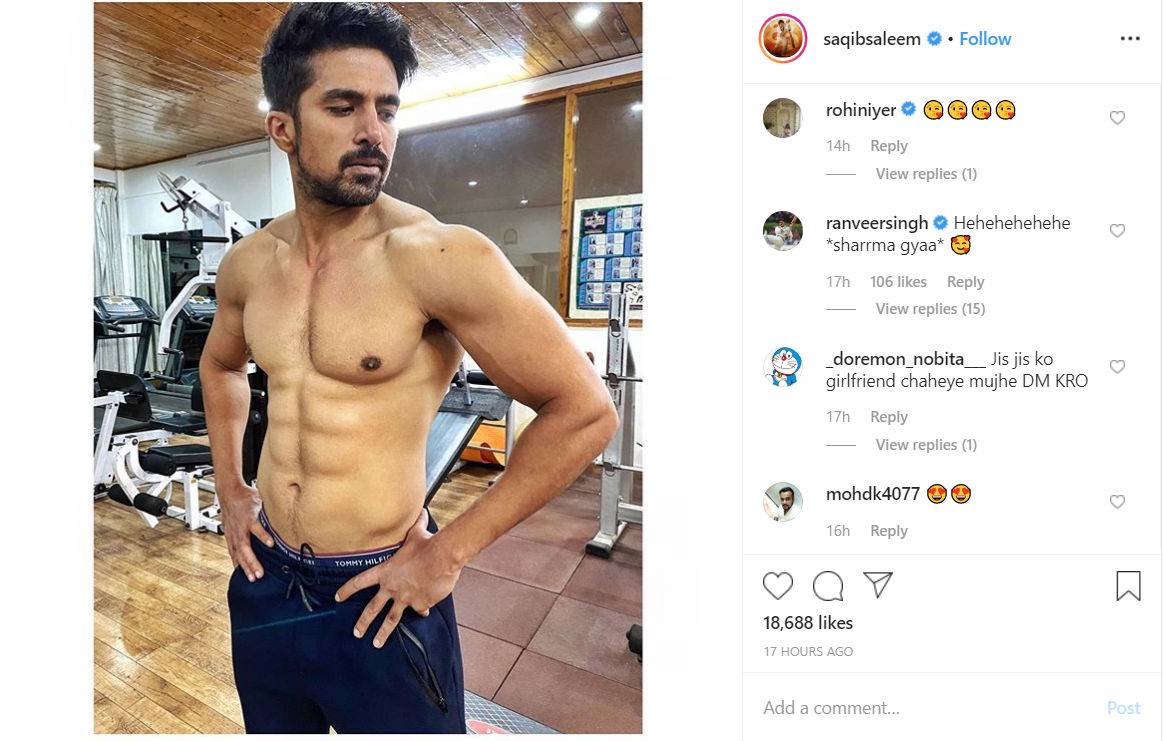 Saqib Saleem will be portraying the role of cricketer Mohinder Amarnath in the film, ’83. During the 1983 World Cup win, Mohinder Amarnath was named as the Man of the Match. He was one of the leading players who played a key role in India’s win at the 1983 Cricket World Cup.

Many key cast members from the ’83 team have been working out hard to get into their cricketers' bodies. Saqib Saleem is the latest to be added to the list. Ranveer Singh released his first look from the film and fans could not stop pointing out how he looked similar to cricketer Kapil Dev whom he portrays in the film.

Saqib Saleem recently took to social media to release his first look from ’83. In the long shot, Saqib is seen batting to the ball. The uncanny resemblance to Mohinder Amarnath is just too hard to be ignored.