Ranveer Singh has succeeded in creating a wave of excitement amongst the fans by dropping character looks from his upcoming film, '83. The upcoming Ranveer starrer, '83 will revolve around the life of the famous Indian cricketer, Kapil Dev. Today, Singh shared a poster of Punjabi star, Ammy Virk who playing the role of  Balwinder Singh Sandhu who managed to get the tag of ‘swingin sardarji’.Ranveer Singh took to his social media to share the look of Ammy Virk in his upcoming film. After sharing the first look, Singh also shared some pictures of Ammy getting trained for his character in the film. Read more to know about the popular cricketer, Balwinder Singh Sandhu. 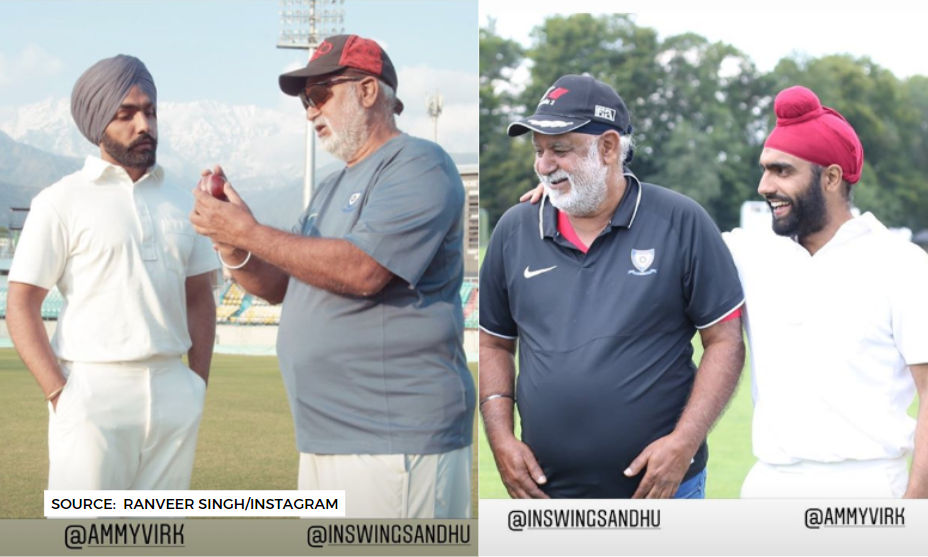 *Cue track* It’s the SWINGIN’ SARDARJI !!!
Presenting @AmmyVirk AMMY VIRK as BALVINDER SINGH SANDHU!!!👻
PS-this one is special to me as our Dil Da Raja Amrinder portrays the role of our beloved coach SANDHU SIR❤because of whom we have all become better cricketers🙏🏽 pic.twitter.com/23IKixX5cg

Balwinder Singh Sandhu is one of the players of from the 1983’s World Cup-winning squad. During the tournament, Balwinder Singh Sandhu was a crucial member of the team because he could spin the ball and leave the batsmen surprised. Read more about Ammy Virk in Ranveer Singh’s new film, '83.

Also Read | Not Bumrah, Not Kuldeep, Sanjay Manjrekar Picks THIS Bowler As The Best This Home Season

Also Read | 'Hungama's' Priyadarshan: Impossible To Survive In B-town Without Focus On Entertainment

Ammy also shared on his social media that Dil Da Raja, Amrinder portrays the role of the coach, ‘SANDHU SIR’ because of whom they all have become better cricketers. Ranveer Singh has shared a number of pictures which introduce other members of the 1983 squad that won the world cup. Here are some other first looks shared by Ranveer Singh.