Ranveer Singh recently shared a few details from his personal life through Insta Q&A. He revealed his Sports-favourites like his favourite player and club. Read

Also Read | Ranveer Singh: Take A Look At The List Of Notable Awards And Nominations Since His Debut

One of Ranveer Singh’s fans asked him about his favourite games on his Instagram Q&A. To which, Ranveer said that Fifa has been his favourite game. He also revealed that he is a “big Fifa enthusiast” and he has been playing the game since 1996.

Another fan asked him about his favourite NBA legend. To which, he shared a picture of Lebron James and Michale Jordan and said that these two have been his favourite players form NBA.

Ranveer was also asked about his favourite footballer. Ranveer Singh replied with a picture alongside his favourite player, Thierry Henry.

Towards the end, Ranveer Singh also revealed that Arsenal is his favourite football club when asked by his fan. Here are all the questions and pictures from Ranveer Singh’s Instagram Q&A session. 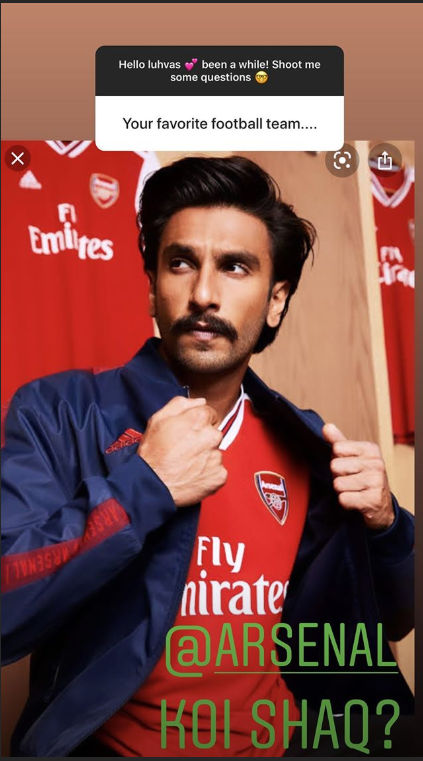 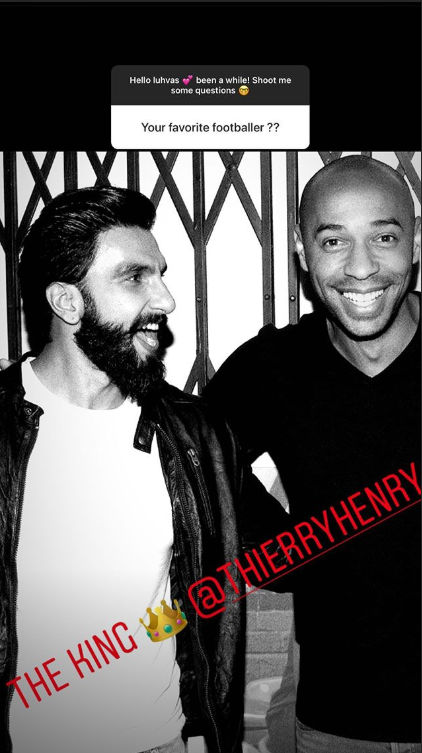 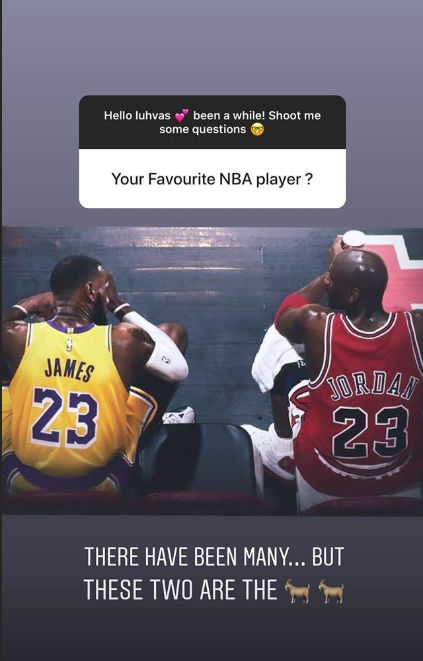 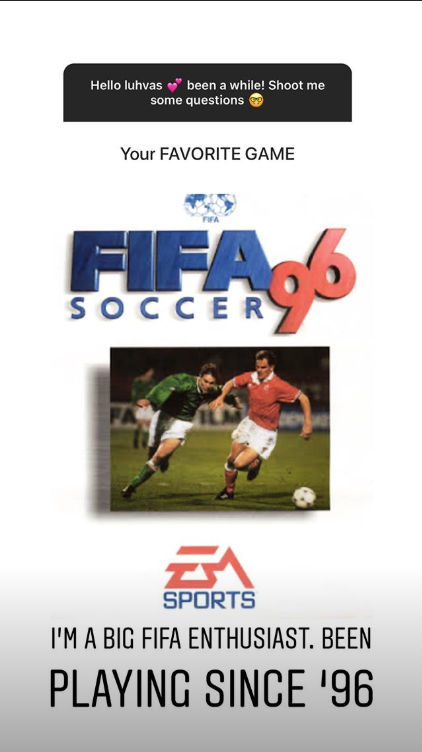 What's next for Ranveer Singh?

On the professional end, Ranveer Singh is currently prepping up for the release of his upcoming film, ‘83. The film will revolve around the life of Indian cricketer Kapil Dev. The film stars popular faces of the industry including, Deepika Padukone, Hardy Sandhu, Tahir Bhasin and Jiiva. 83 is being directed by Kabir Khan and is being produced by Deepika Padukone, Kabir Khan, Sajid Nadiadwala and Vishnuvardhan Induri under their respective production companies. Ranveer had also shared some pictures of stars getting trained for their characters in the film. One of the posters includes the Punjabi star, Ammy Virk who will play the role of  Balwinder Singh Sandhu who was given the tag, ‘swingin sardarji’. Here are some posts shared by Ranveer Singh and the team of 83.