Riddhima Kapoor Sahni took to her Instagram to share pictures on her IG story section of her family members. Here are all the pictures that she posted.

One thing that certainly seems to be a part of the COVID-19 lockdown is the number of memories that are resurfacing in each individual’s mind as they sit at home. Riddhima Kapoor Sahni seems to be feeling the same and is thus expressing this through her Instagram. Her latest posts on her Instagram story section how she is digging out from her photo gallery some fond memories and lovely moments from the past.

Riddhima first posted a picture of herself along with Armaan Jain, Kareena Kapoor and others. She can be seen poking her face into the camera as Kareena sits beside her. Here is the picture: 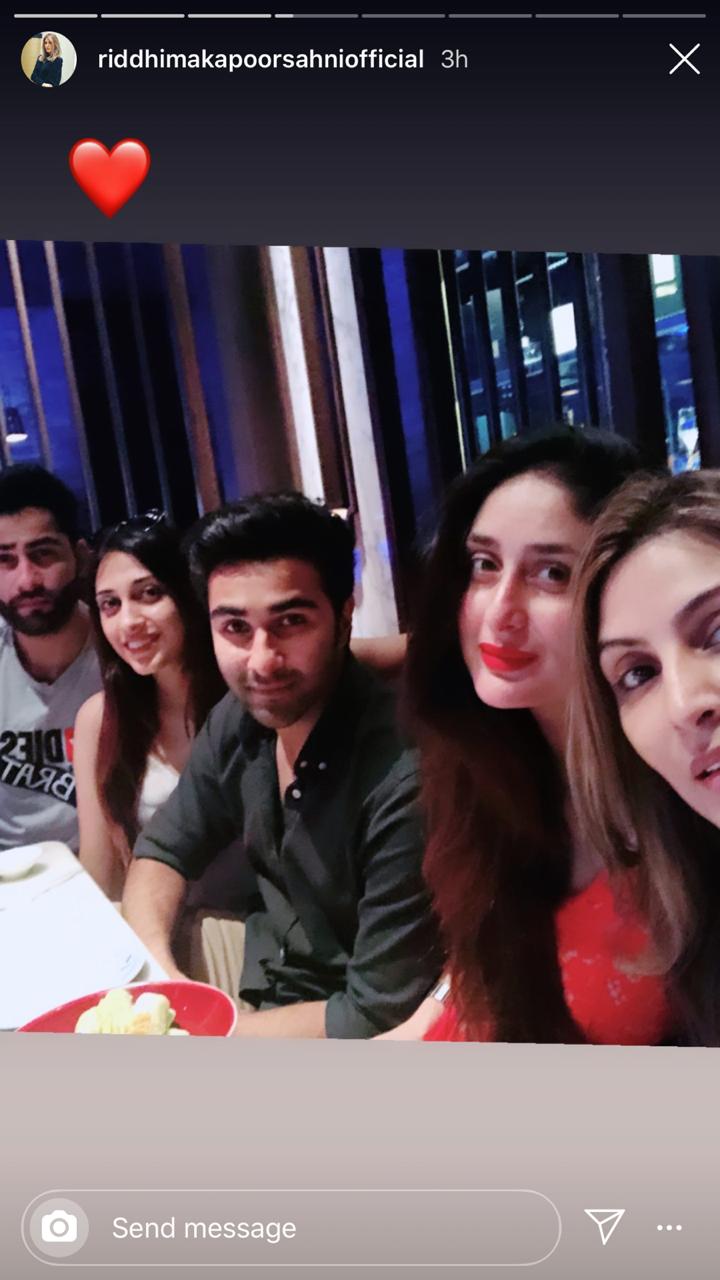 Riddhima Kapoor first posted a wonderful selfie of herself along with her brother and actor Ranbir Kapoor and their Aunt Reema Jain. The three are smiling towards the camera as Ranbir Kapoor is clicking the photo. Here is the picture: 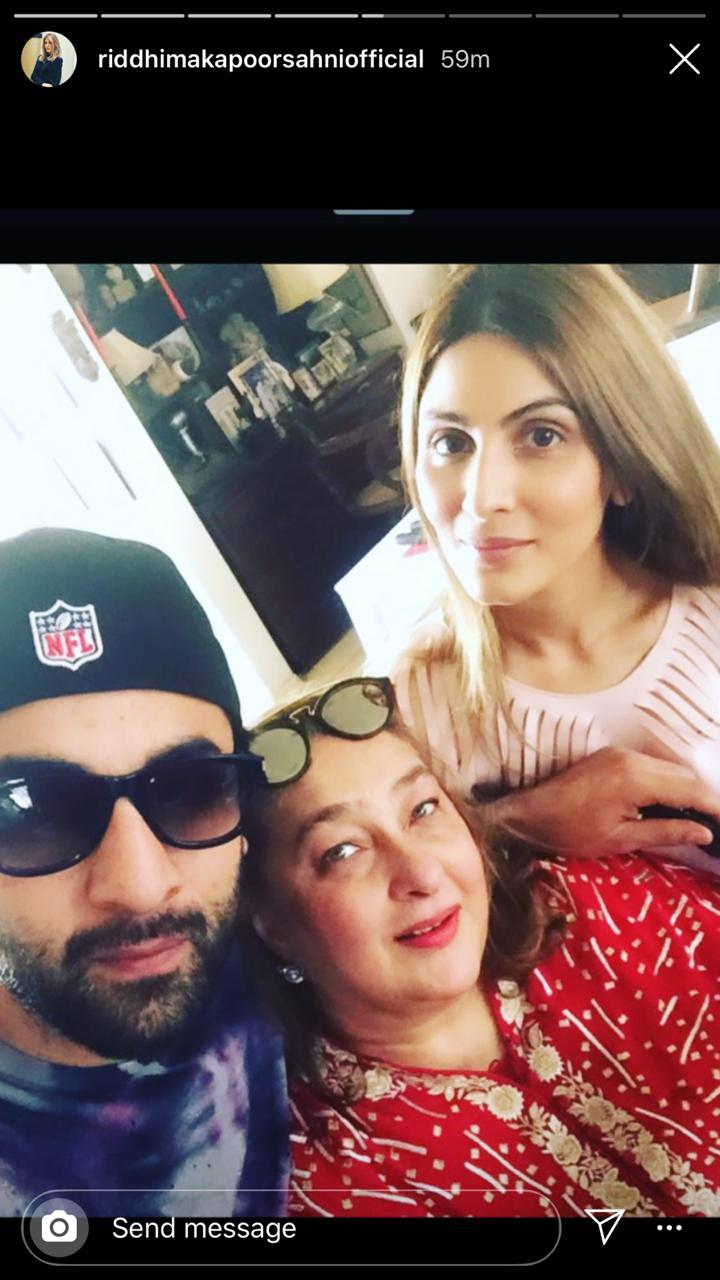 Another picture that was shared by Riddhima shows two generations of the Kapoor family. Her daughter Samara Sahni is standing alongside her great-grandmother Krishna Kapoor. Krishna is holding on to her great-granddaughter lovingly as Samara is playfully posing for the picture: 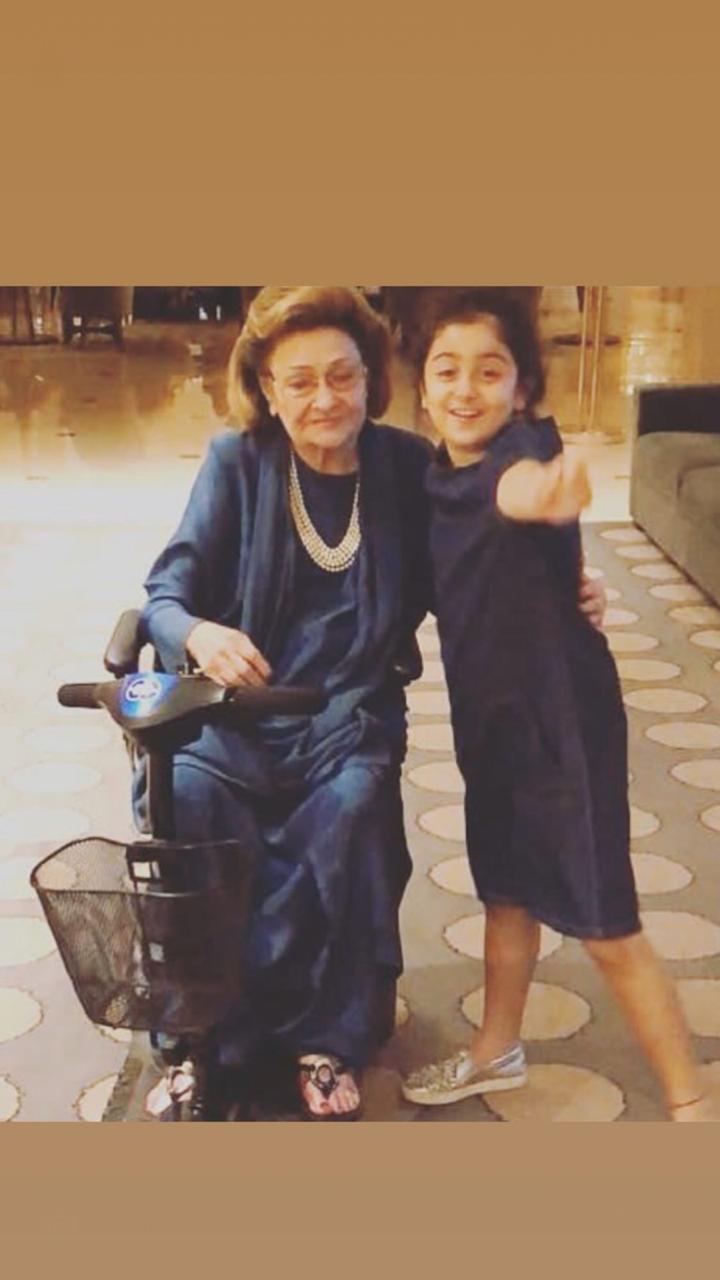 Riddhima Kapoor Sahni seems to be missing her father and actor Rishi Kapoor. Rishi Kapoor recently passed away at the end of April 2020. Her next picture shows herself along with her father Rishi, mother Neetu and her daughter Samara. Neetu and Samara can be seen looking at something else as the father-daughter duo are posing for the camera. Here is the picture: 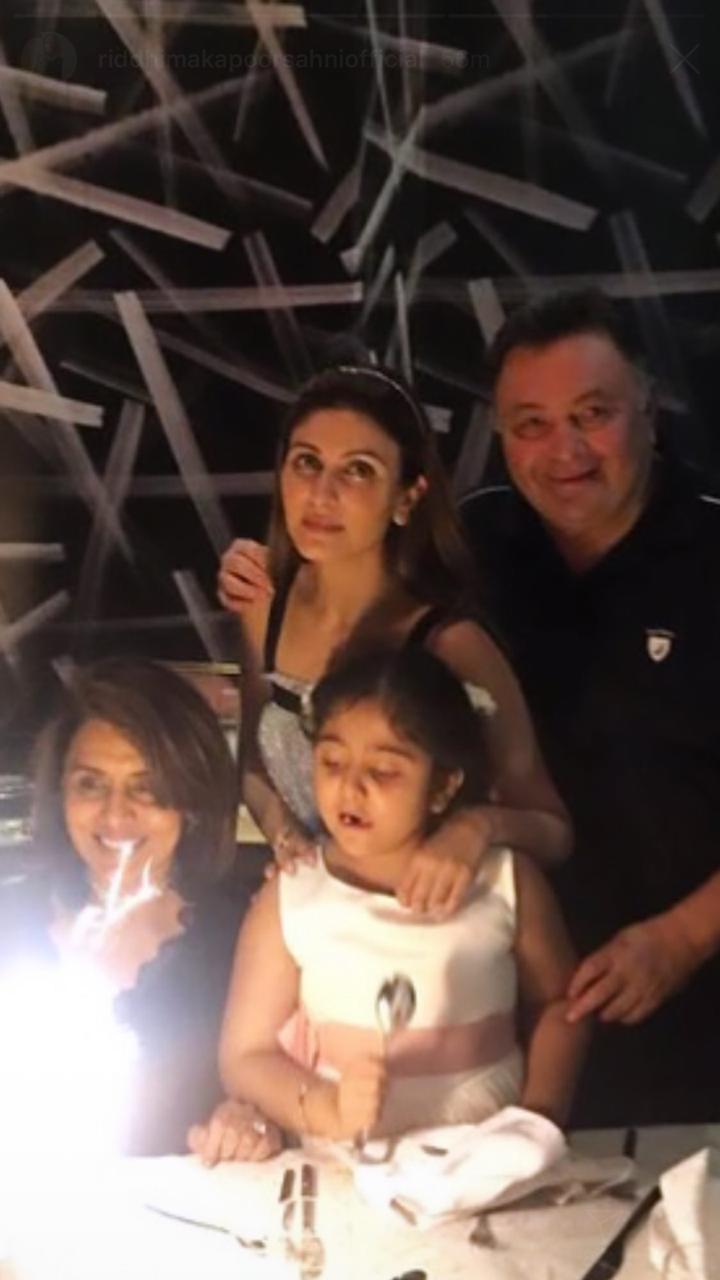 In yet another throwback picture with her family, Riddhima Kapoor shared a wonderful photo of herself along with Rishi Kapoor, Neetu Kapoor and Reema Jain. Samara is also present in the picture holding a large bouquet of flowers. With no captions attached with any of the pictures, Riddhima seems to be sending the message of nostalgia and how one seems to keep their love for others alive as they go through the fondest memories. Here is the picture shared by Riddhima. 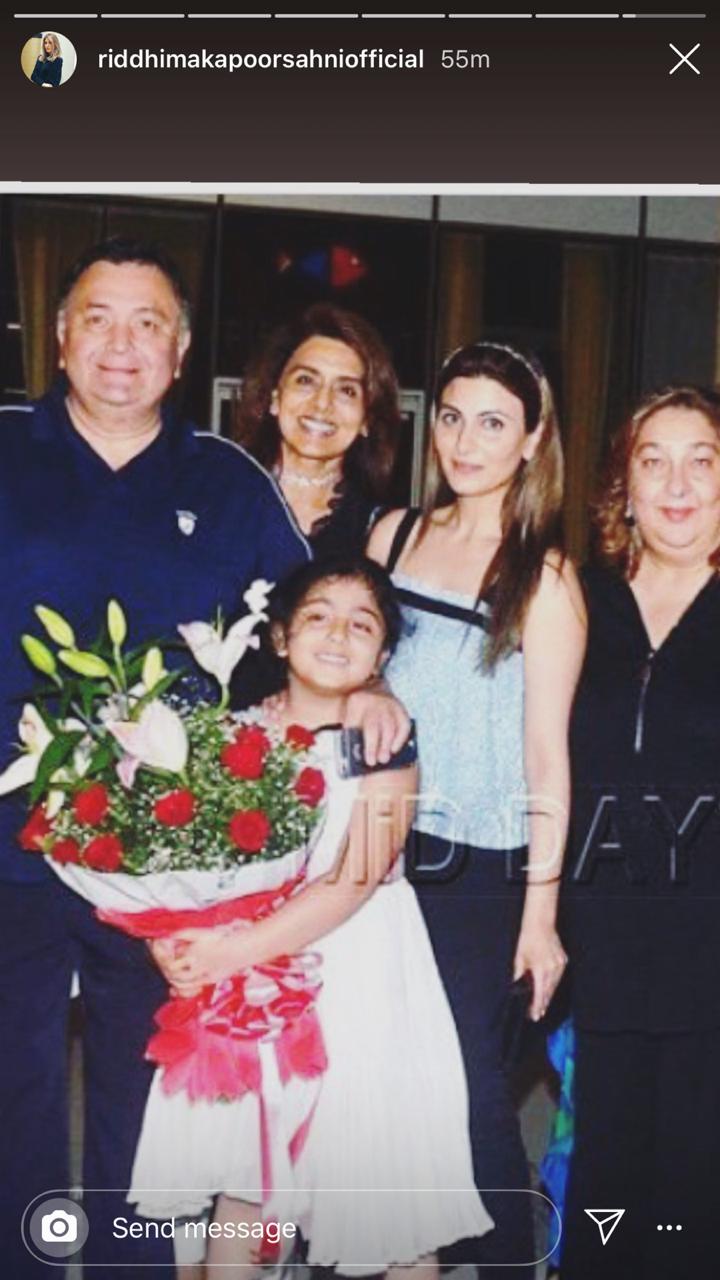 In a recent post made by Riddhima Kapoor Sahni, she can be seen posing with her mother Neetu and brother Ranbir Kapoor and Samara also smiles for the camera. Riddhima can be seen wearing a leather jacket while cute Samara has worn a hairband with pink cat ears. Ranbir is holding onto their pet dog as he smiles for the camera, wearing glasses and a cap. Riddhima Kapoor Sahni commemorated this family moment with a single heart emoji as the caption of the post. Sahni is currently in Mumbai with her daughter. They had travelled from Delhi for the last rites of Rishi Kapoor.

A post shared by Riddhima Kapoor Sahni (RKS) (@riddhimakapoorsahniofficial) on May 17, 2020 at 4:48am PDT