On November 12, Rishi Kapoor’s daughter Riddhima Kapoor took to her Instagram to share a picture with Rishi Kapoor as she remembers her father on Diwali. 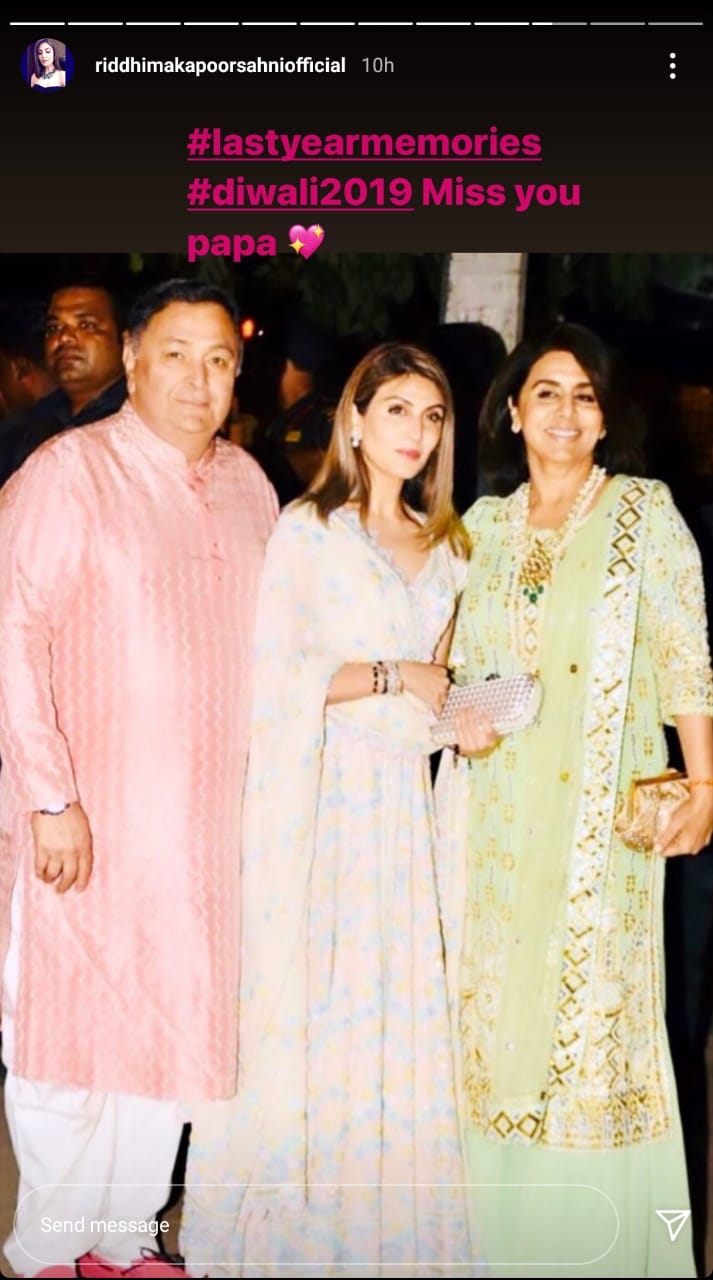 In the picture, Rishi Kapoor is seen wearing a light pink silk kurta with white pyjama whereas his wife Neetu Kapoor wore green ethnic outfit. Riddhima wore white traditional outfit and stood between her parents while posing to the camera. Meanwhile, Rishi Kapoor died in April this year fighting a long battle with cancer.

After his death, Riddhima wrote a long thoughtful note on Instagram. She wrote, “Papa I love you I will always love you- RIP my strongest warrior I will miss you everyday I will miss your FaceTime calls every day! I wish I could be there to say goodbye to you! Until we meet again papa I love you- your Mushk forever.” Ever since his death, Riddhima’s Instagram has become a memory wall dedicated to him. Many of her posts are family pictures remembering him.

In the aftermath of Rishi’s demise, Riddhima has been a pillar to her mother Neetu strengthening her. On November 12, 2020, Riddhima shared a picture of Neetu on her story as she began filming for a movie named Jug Jug Jiyo, alongside Tehzaab star Anil Kapoor, Kiara Advani, and Varun Dhawan. The caption atop read, “All the best for the shoot maa!!! You will be fabbbb!! Love you @neetu54!.” 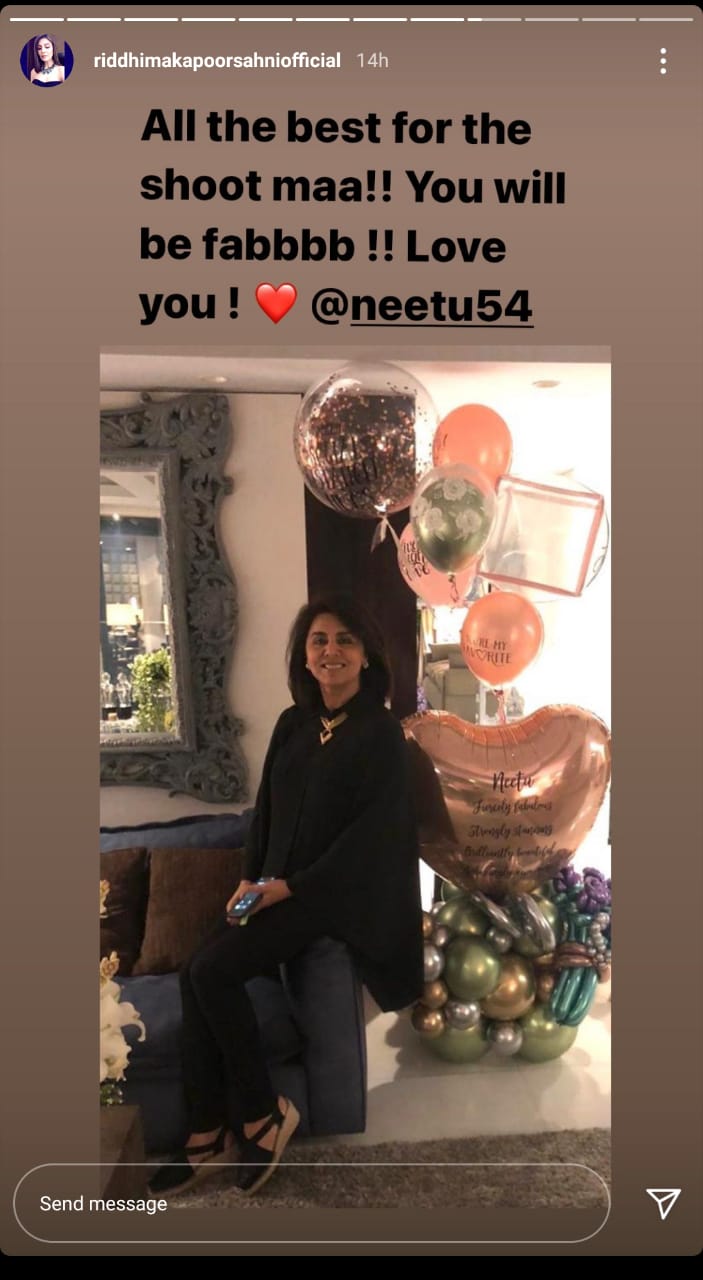 Neetu also shared a picture with the team posing near an aircraft. She captioned the picture as, “My first flight, in these scary times!! Nervous for this journey!! While Kapoor Sahab, you aren’t here holding my hand, I know you are with me… #RnR thank you for encouraging me to do this… #JugJugJiyo. P.S.- We are all Covid tested and safe, hence removed mask while taking picture.”

Remembering Rishi, Neetu often shares pictures of him on social media. Earlier, she posted a picture of him holding a drink and grinning. She wrote, “End of our story”. Neetu further thanked the hospital and the Ambani family for their support.