Salman Khan recently released his new single 'Tere Bina' where he can be seen romancing actor Jacqueline Fernandez. Check it out below -

Salman Khan has been stuck at his Panvel farmhouse due to the coronavirus lockdown with his family and actor Jacqueline Fernandez has been keeping him company too. Salman Khan had previously released a song called Pyar Karona which has received over 9 million views on Instagram. Now, the actor has released yet another single titled Tere Bina which features Jacqueline Fernandez too in the music video. Check it out below - 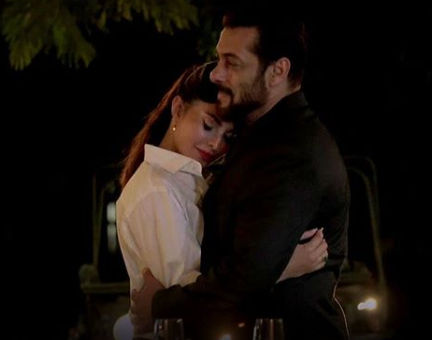 Tere Bina music video features Salman Khan and Jacqueline Fernandez romancing each other in the remote areas of his Panvel farmhouse. In the music video, the two go for horse rides and car drives, also indulge in a candlelight dinner and swim together as they fall deeper in love with one another. A shocking revelation is made during the end of the music video where it is revealed that the sweet moments shared between Jacqueline and Salman during it were actually Salman's memories. The music video is unique in a way as it ends on a tragic note.

Salman Khan has voiced the song while also directing and acting in the music video. The song reportedly had a crew of only three members including Salman Khan and Jacqueline Fernandez. Salman also recently made a public statement where he revealed why Tere Bina was made. Check it out below -

About seven weeks ago, when we came to the farm, we didn't know we will be here under a lockdown. So we wanted to do things to keep ourselves busy. That's when we decided to do these songs. We launched Pyaar Karona and now, we are launching Tere Bina.