Sara Ali Khan was recently spotted dawing a beautiful yellow dress in which she looked like a glorious as ever. Read further ahead to see pics and know more.

Mumbai is often called the celebrity hot spot for Bollywood stars as they can be frequently spotted in the city. The stars often stroll around the city for a gym session or just a casual brunch with their buddies. Recently Sara Ali Khan was spotted strolling around Mumbai when she was clicked by paparazzi.

The Kedarnath actor wore a yellow pantsuit which looked bright and amped up her style game. The actor had her hair tied into a ponytail whilst sporting matching coloured earing to compliment her look. She also wore an elegant pair of shoes that looked unique and bought out her entire style game to a different level see pictures below. 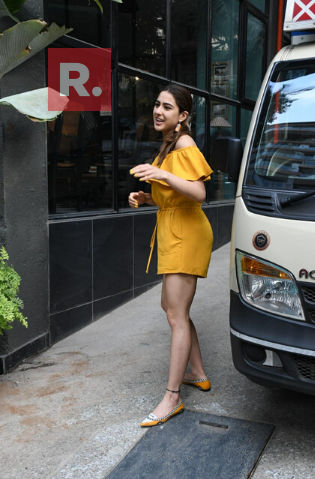 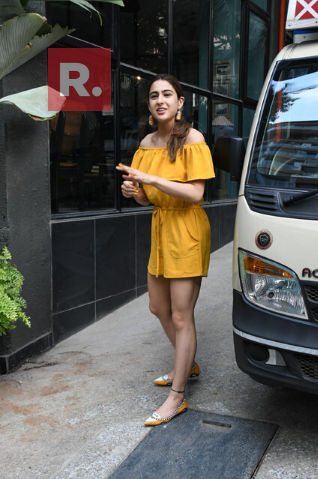 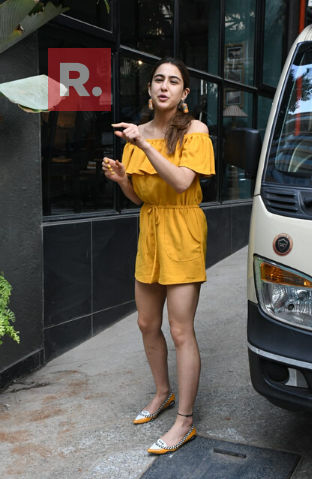 The actor was also seen conversing with the paparazzi and was all smiles as the stepped out looking like a ray of sunlight. The actor was recently awarded the Nickelodeon Kids' Choice Awards, due to her immense popularity among fans. She is often seen posting several stylish outfits on Instagram and fans have hailed praises towards the actor for her impeccable sense of fashion.

On the film front, the actor will soon be seen opposite Varun Dhawan in Coolie No. 1 which has got fans excited. The actor will also be seen opposite Kartik Aaryan in Imtiaz Ali’s next film. The actor has garnered a massive fan following due to her repeated success in most of her previous films. She has often been praised by critics and fans for her talent and is considered as one of the most stylish star kids in Bollywood.