After Shahid Kapoor and Mira Kapoor's gym in Bandra got locked down by BMC amid Coronavirus outbreak, the duo connected to their trainer through a video call.

Shahid Kapoor and wife Mira Kapoor were spotted working out at their usual gym on Sunday despite the lockdown in light of the Coronavirus outbreak. After the news leaked, the BMC shut down the gym until further notice. Now that the couple is quarantined, they have found an innovative way to work out. Mira Kapoor's Instagram story shows that the couple has connected to their gym trainer through video calls now.

The Kabir Singh actor, along with Mira Kapoor, is not letting the lockdown affect his gyming sessions at home. Mira Kapoor, who is also often papped leaving her gym, has cooperated with her husband and the duo is getting through their indoor workouts effectively. Mira, who is quite active on social media, took to her Instagram account story and shared a screenshot of her and Shahid Kapoor's video call with their gym trainer. In the caption, she says, “Best workouts with @yudijaising @antigravity_club @shahidkapoor #AGatHome". Take a look here: 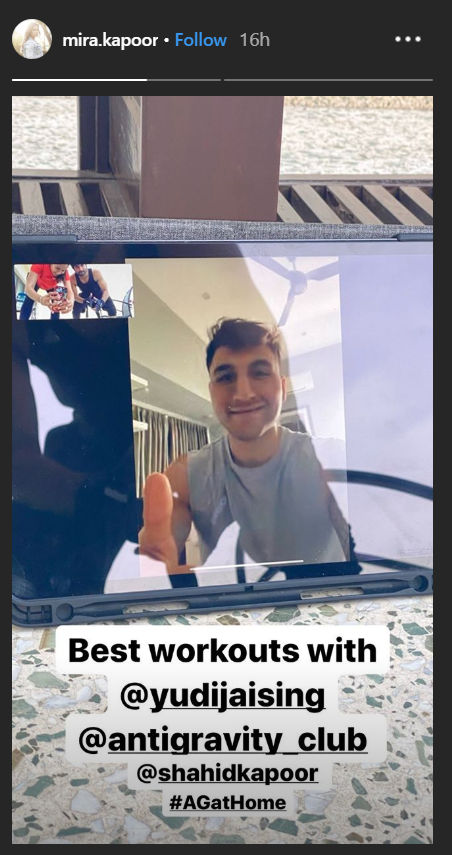 Mira Kapoor took to her Instagram to share a picture on her story. In the picture, she was seen wearing trainers and leggings. She captioned the picture as "Endorphin Rush’. She also mentioned several hashtags like #quarantineworkout, #stayhome, #stayfit, #AGatHome". 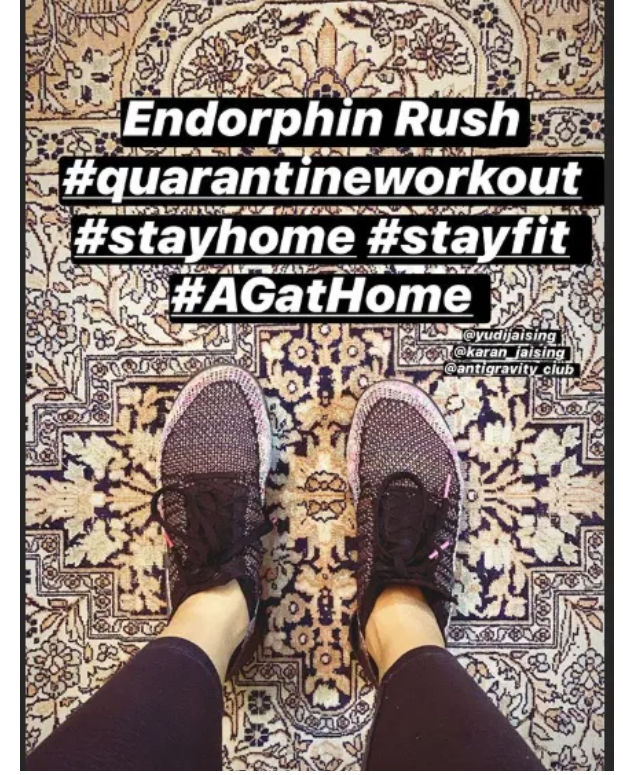 As per reports, it was revealed that the BMC had reprimanded both Shahid Kapoor and the gym owner for violating the health advisory issued by the state government and posing a risk to public safety. Hence, the couple reportedly made an exit from the gym through different gates on March 18. And now, Shahid Kapoor, along with Mira, is self-quarantining with his kids at home.