Shahid Kapoor shared a hilarious video on Instagram that shows how he enters 'quarantine phase 4' and says Mira Rajput cannot deal with him anymore. Check out

Looks like Bollywood's Kabir Singh Shahid Kapoor is in the mood for some fun and laughter. His updates on social media since morning have been taking the internet by storm. After sharing a rough throwback picture of himself while flaunting his chiselled physique and tough look, Shahid Kapoor has now shared a hilarious video, in which he shows how he enters the quarantine phase 4.

On May 13, Shahid Kapoor took to his Instagram and shared an extremely amusing video of himself. In it, the Jersey actor can be seen trying on some filters, while he says, "It's time for quarantine, so much fun." Kapoor is seen talking in a bizarre, yet fun way. And in the end, not to miss how Shahid unleashes the 'Laughing Goddess' in him, as he shrieks in a crazy manner. We can hear Mira Kapoor's voice in the backdrop, which hints she is busy having a conversation, while Shahid indulges in fun activities.

As a part of his caption, he wrote, "Entering quarantine phase 4 be like.. Mira Kapoor can’t deal no more with me." Within a fraction of seconds, Shahid Kapoor's Instagram post flooded with comments, leaving fans in splits. Many in huge numbers gushed to drop laughing emoticons on the Jab We Met actor's video. Take a look.

Also Read | Shahid Kapoor speaks about expectations from 'Jersey'; says 'Happy with what we have done'

Entering quarantine phase 4 be like . . @mira.kapoor can’t deal no more with me. 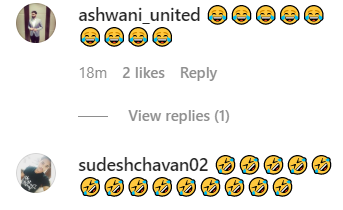 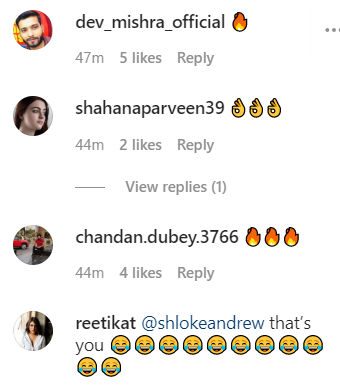 Earlier, Shahid Kapoor took a stroll down the memory lane and shared one of his throwback pictures, flaunting his ripped physique. In the picture, the Haider actor can be seen posing shirtless in front of the mirror. By the looks of his makeover, it seems like the picture might have been clicked while he was shooting for Padmaavat. Also, Shahid Kapoor ditched a caption for the post. Fans simply drooled over his charm and dropped endearing comments on his post.

What's next for Shahid Kapoor?

Shahid Kapoor will be next seen in the movie titled Jersey, a Hindi-remake of a Telugu film of the same name directed by Gowtam Tinnanuri. The Telugu version received an overwhelming response from the audience and critics alike. The movie will see the father-son duo, Pankaj Kapur and Shahid Kapoor sharing screen space together. The shooting of the film has currently stalled due to the COVID-19 pandemic.

Also Read | Unseen Pic Of The Day: Shahid Kapoor Looked Cute As A Button In Childhood And Here's Proof

PEOPLE HAVE PLEDGED SO FAR
LATEST NEWS
View all
9 hours ago
Amitabh Bachchan reflects on lockdown, says 'it has taught more than my life of 78 years'
8 hours ago
Sonu Sood's fan terms him 'Today's Bhagat Singh' for helping migrants, actor recalls role
8 hours ago
'Because I'm just a human who's allowed to...': Zaira Wasim returns to Twitter, Instagram
7 hours ago
From a salute to Sonu to 'Boycott China'; Here's Entertainment news recap of the day
7 hours ago
Check out Adah Sharma's Martial Arts alternative if your washing machine stops functioning