After delivering a phenomenal performance as Shrikant Bhosle aka MC Sher in Gully Boy, Siddhant Chaturvedi has gained immense popularity. His fan-following has also massively increased on social media. Chaturvedi recently took to his Instagram handle to reveal the first pet that his grand dad got him.

Also Read | Siddhant Chaturvedi Left Clueless As Fan Refers To Him As "bro", Asks Him To "wife Her"

Siddhant Chaturvedi shares a painting and reveals his first pet

The Gully Boy fame Siddhant Chaturvedi keeps posting pictures of his drawings and paintings on social media which prove his knack for art. Recently, Chaturvedi took to his Instagram handle to spill the beans about the first pet that his 'Baba' got him, by sharing a painting. He revealed that his first-ever pet was a horse that was gifted to him by his grandfather when he was five years old.

Majority of his fans were all-praises in the comment section of the post as they appreciated the artistic skills of the actor. However, one fan pulled Chaturvedi's leg by commenting, "Baba as of Ranveer Singh or your father? Bollywood nicknames are confusing". The Gully Boy actor also replied to the comment writing, "ha ha! Grandfather". Siddhant Chaturvedi's fans are aware of his fondness for Ranveer Singh after they shared the screen space in the Zoya Akhtar directorial. 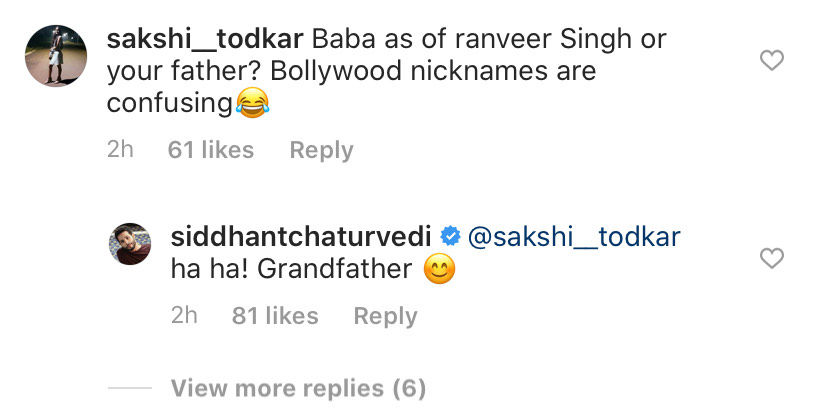