Soha Ali Khan and Kunal Kemmu can be seen caught up in a candid monochorme moment as the latter seemed to get ready. Read further ahead to know

Soha Ali Khan was seen glancing at Kunal Kemmu in a candid shot uploaded by the latter. The actor posted the monochrome picture on his timeline which was loved by fans. The picture featuring the couple got several likes and positive comments from fans who were amazed by the candid shot.

In the picture, Soha Ali Khan and Kunal Kemmu can be seen caught up in a candid moment. Soha looks on at Kunal as he fixes his hat and sunglasses. While Kunal stayed in focus for this monochrome shot, Soha stood back and watched as Kunal fixed his attire. The amazing shot with the aesthetic monochrome was loved by fans who sent out a number of positive comments for the photograph. The picture gained over 1 lakh likes in no time and got several positive comments from fans as well. Sharing the image to his timeline, Kunal Kemmu simply added a hashtag that clearly stated the shot was a candid one. 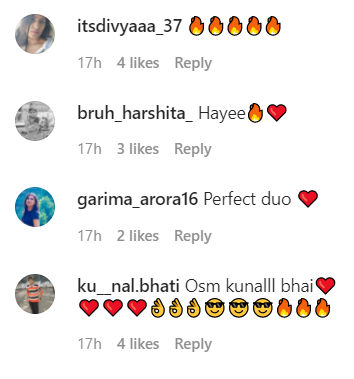 Kunal Kemmu is known to post some amazing shots from photoshoots on his timeline due to which fans have loved his profile. Quite recently, the actor even posted a picture of himself getting ready for a bike ride with his family. The actors were seen posing on a bright yellow scrambler as Kunal geared up for his bike ride. Soha Ali Khan can be seen seated behind him and their daughter was seen seated at the front with her father. The amazing family picture uploaded by Kunal also garnered tremendous likes and comments from fans who loved the cool family picture. All the members in the picture were seen wearing helmets and masks which made the picture look quite unique and interesting. Sharing this image, the actor captioned it with a quirky line writing “make room it’s time to vroom” thus hinting that the family is heading out for a bike ride. Thus fans of Kunal Kemmu have enjoyed watching such candid moments that he shares with his family and have showered his posts with love often.