Sonakshi Sinha revealed getting bullied, fat-shamed since her growing years. Read on for details on the excerpts from a throwback interview.

In an interview done with an entertainment portal a few months ago, Sonakshi had revealed the mental struggles she had to face before she joined the Hindi film industry. Sonakshi mentioned how she faced bullying as a student, during her college and even after her first movie debut. Take a look at excerpts from the interview.

Sonakshi mentioned that she was always called names in school as she used to weigh around 95 kgs. So her class boys would always bully her. She also recalled that even during plays, she would never get the main part because she was always the big kid, so they would make her stand at the side or be the narrator.

Even during college, when she had an opportunity to walk the ramp during her annual fashion show, a thin figured girl told her to handle the lights. On asking, the girl responded that Sonakshi was too big for a ramp show and therefore shouldn't walk the ramp. Sonakshi mentioned that even after she debuted opposite Salman Khan in Dabangg after losing 30 kgs, the film industry, media people and even the audience fat-shamed her and it was definitely hurtful.

ALSO READ| Sonakshi Sinha Has A Quirky Reply To A Fan Who Asked What Can She Cook; Check It Out

But in the end, she added that she doesn’t have to be a stick figure person just to show everyone that she had a lot more to offer than just her weight on the weighing scale. Post that, she recalled never taking any trolling or negative comment to her heart. 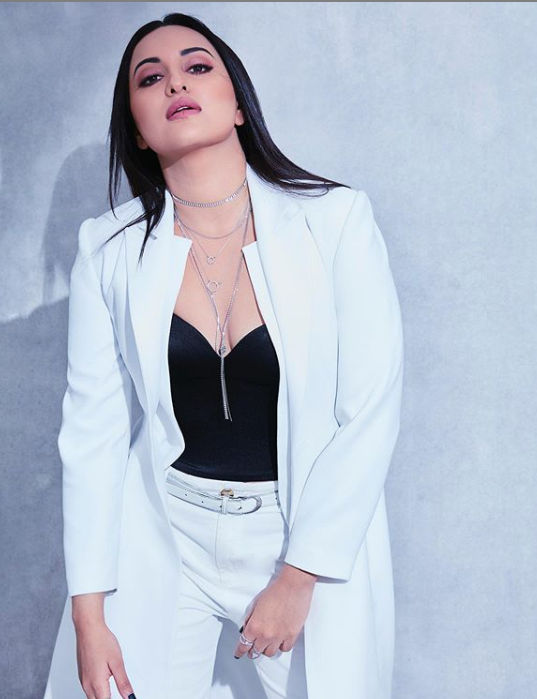 Sonakshi Sinha will have her first release of 2020 with Bhuj: The Pride of India alongside Sanjay Dutt, Shraddha Kapoor, Nora Fatehi, Sharad Kelkar, Ammy Virk, Pawan Shankar, and Pranitha Subhash, among others. The film is set during the Indo-Pakistan War of 1971. The movie is directed by Abhishek Dudhaiya. The release date of the movie isn't revealed as of yet.