Sonam Kapoor took to her Instagram to announce that she misses her sister- Rhea Kapoor. And here's the reason for it. Check out what 'Saawariya' actor has said

Both Sonam Kapoor and Anand Ahuja are quarantining at their Delhi residence ever since they returned back from London. Sonam Kapoor time and again keeps sharing snaps of her whereabouts on social media, keeping fans entertained. However, amid everything, she misses her sister Rhea Kapoor and daddy Anil Kapoor too. On April 2, The Zoya Factor actor took to her Instagram story to share that she misses Rhea Kapoor, especially while cooking.

On Thursday morning, Sonam Kapoor took to her Instagram to share that she misses her beloved sister Rhea Kapoor while cooking. " I miss my sister a lot, especially when I'm cooking. When this is all over I want to cook with her for our friends. Rhea Kapoor" said, Sonam Kapoor. 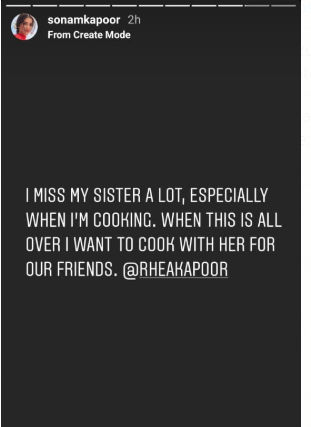 It is not surprising to know that the Veere Di Wedding actor misses Rhea Kapoor while cooking, as she time and again prepares some delicacies at home during quarantine for husband Anand Ahuja. Only recently, Sonam Kapoor prepared appetizing pancakes for Anand with yummy banana toppings. Check it out. 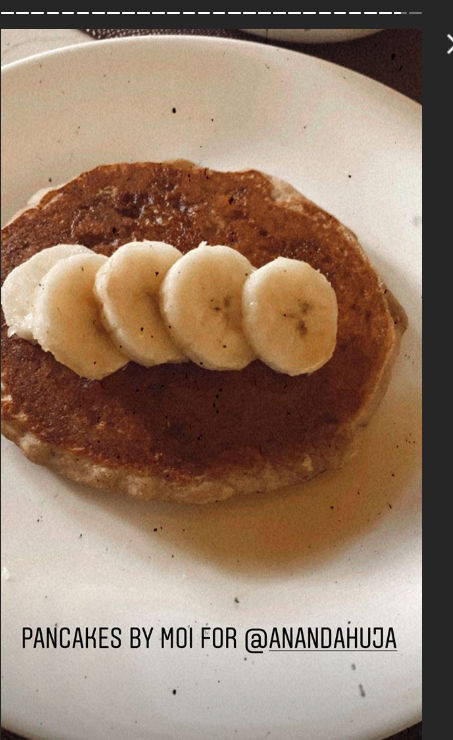 Looks like Sonam Kapoor has also turned a poet amid the Coronavirus (COVID-19) lockdown. Sharing a very adorable B&W picture with her husband, the Saawariya actor penned a special verselet for Anand. Read it here.

PEOPLE HAVE PLEDGED SO FAR
LATEST NEWS
View all
11 hours ago
Kriti Sanon gets poetic with random thoughts amid lockdown, calls herself 'old soul'
11 hours ago
Anurag Kashyap gets nostalgic after watching his pic with cast of his first film 'Paanch'
11 hours ago
Maanvi Gagroo receives apology from the fashion brand that used her pic & body shamed her
11 hours ago
Raveena Tandon wishes her parents on 54th wedding anniversary, shares throwback pics
10 hours ago
Amitabh Bachchan helps migrant labourers by arranging transport service for them; details