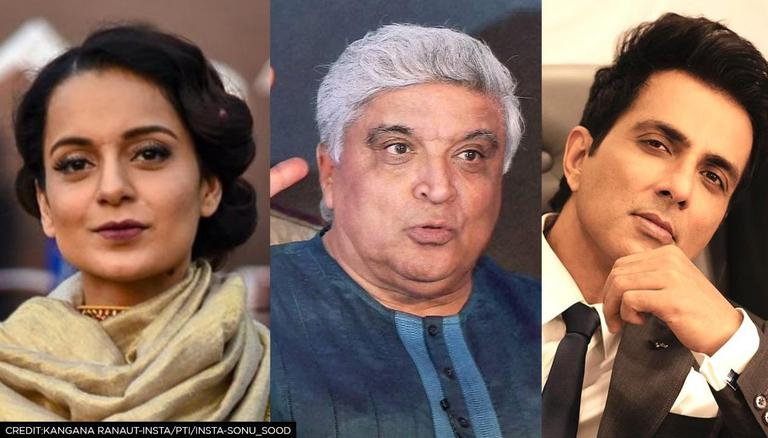 After denying charges of tax evasion alleged by the Income Tax Department, Sonu Sood was seen outside his residence once again extending a helping hand to those in need. He was seen interacting with individuals outside his home in Mumbai and listening to them keenly. The actor and philanthropist issued a statement on Monday and broke the silence around the controversy that has been surrounding him for the last few days and has also spoken to Republic Media Network outside his home. Read More.

Actor Kangana Ranaut appeared in a Mumbai court on Monday for the hearing of writer/lyricist Javed Akhtar's defamation case against the Manikarnika star. The actor, who had sought an exemption in the last hearing due to health issues, appeared before the Andheri Metropolitan Magistrate’s Court today. Post the proceedings, the actor who is known for her outspoken mannerism, took to Instagram and penned a sharp reply in response to the case against her. Kangana. in her post stated that the blatant case against her, filed by Javed Akhtar, has been done under ‘Shiv Sena pressure'. Read More.

Dia Mirza and Vaibhav Rekhi have been relishing their parenthood by dedicating time to their newborn Avyaan Azaad Rekhi, along with keeping their romance alive. Dia Mirza's social media handle is a testament to their blissful marriage, with the couple never missing out on any opportunity to express their adoration of the other. Recently, businessman, Vaibhav Rekhi was been beating away his Monday blues with an adorable picture of his wife. Read More.

After the poster of Ananya Panday, Siddhant Chaturvedi and Adarsh Gourav's upcoming film Kho Gaye Hum Kahan became the talk of the town, the Pati Patni Aur Woh actor took to her Instagram account to share an exciting update about her next movie. Through her story on the social media platform, she revealed that she has commenced her script reading session for the film. The film is touted to be a tale of true friendship. Read More.