Sonu Sood took to Instagram to congratulate Ahan Shetty on his acting debut. Sood shared a poster of Tadap on his Instagram story and said, "Congratulations Anna and Ahan, this is so precious". Tadap, which features Suniel Shetty's son Ahan along with Tara Sutaria which is a remake of the popular Telugu film, RX 100. 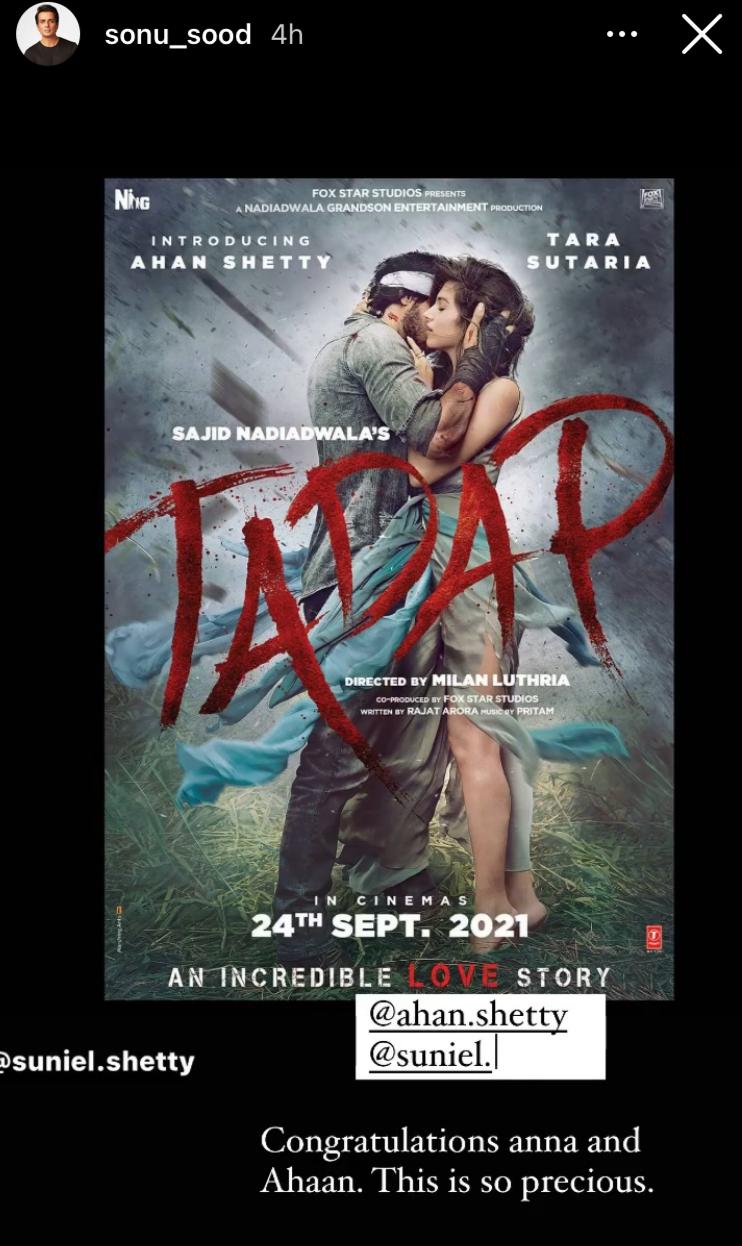 This romantic-action movie is directed by Milan Lutharia, who has previously directed films successful movies like Taxi No. 9211, Hattrick, Once Upon A Time In Mumbai and The Dirty Picture. The film is produced by Sajid Nadiadwala who has been a part of many popular films like Kick, Heropanti, Baaghi, and several others. Ahan will mark his debut with his father on the big screens on September 24, 2021.

Ahan Shetty is quite active on social media. He has always kept his fans entertained and even shared several posts about fitness. Shetty usually shares photos of himself playing football and some shots of his adventures trips to several places. Take a look at some of his photos below.

Amit Sadh will play the role of Ahan's brother in the movie. Amit Sadh made his Bollywood debut with Kai Po Che and played roles in films like Guddu Rangeela and Sarkar 3. He also appeared in Amazon Prime's show, Breathe, and his performance in the show gained a lot of positive reviews from critics as well as the audience. He was also seen in Sony LIV's new show Avroddh The Seige Within. Zee 5's Jeet Ki Zid also had Amit Sadh in the lead role.