Veteran Bollywood actor Suniel Shetty took to Instagram on Saturday evening to share that he has resumed work after months of self-isolation due to the coronavirus pandemic in the country. In a picture shared by the Gopi Kishan actor, he can be seen in a stylish avatar seated on a chair in front of a camera pointed at him. He captioned the post in the most minimalistic way possible as he wrote, "Should. Would. Could. Did. Back to work ðŸ‘ŠðŸ½"

Should. Would . Could . Did. Back to work ðŸ‘ŠðŸ½

Fans and friends of the veteran actor poured their good wishes for him through their comments on his post. Celebrity manager Rohini Iyer and actor Kim Sharma were among the many who wished Suniel Shetty good luck as he returned to work post-COVID-19 lockdown. The actor had been under self-isolation with his wife Maana and children - Athiya and Ahaan throughout the lockdown while he kept his fans and followers on social media entertained with his updates. 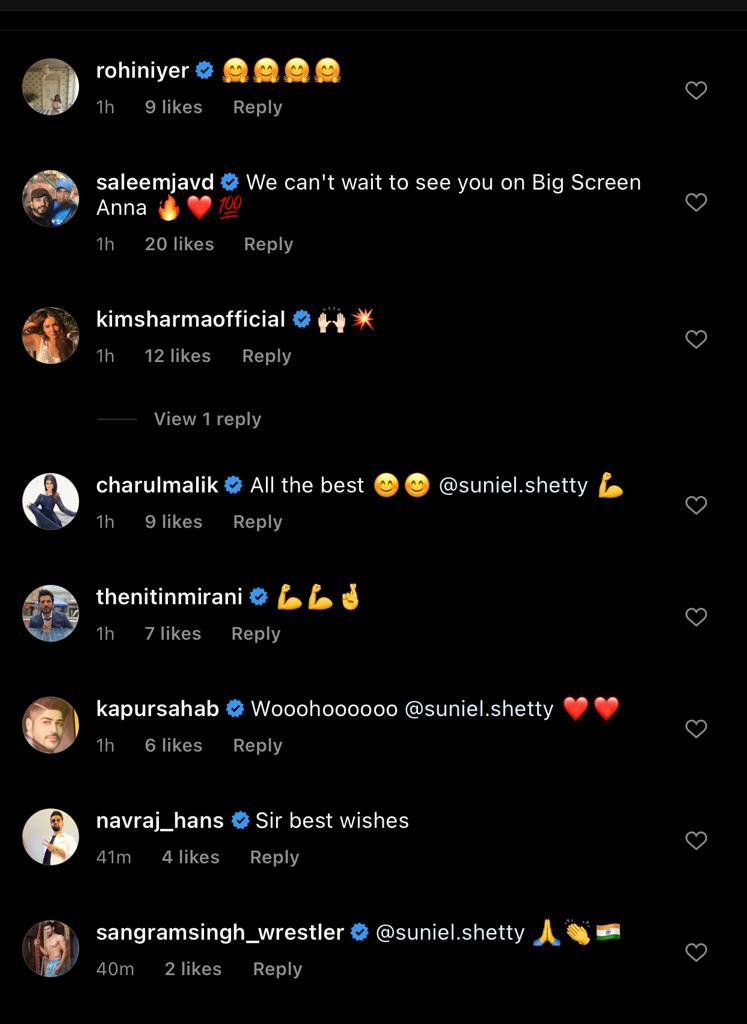 Suniel Shetty will feature next in Emraan Hashmi starrer action crime film Mumbai Saga which was scheduled for release in June this year, but had to be postponed due to the coronavirus pandemic. He has bagged an important role in a web series to be directed by AMR Ramesh, Kannada filmmaker. The series is based on the life of the late forest brigand Veerappan and veteran actor Kishore has been roped in to play that role. Suniel Shetty will be playing the tough cop Shankar Bidari and will reportedly begin shooting this month.

Read | Suniel Shetty talks about his kids being dragged into nepotism debate, says 'I feel upset'

WE RECOMMEND
1 week ago
Athiya Shetty shared a video on how she likes her coffee; See how fans react
1 week ago
Anushka Shetty's films where she played a strong-willed lass, ready to take on the world
3 weeks ago
Suniel Shetty talks about his kids being dragged into nepotism debate, says 'I feel upset'
2 weeks ago
Did you know Anushka Shetty was set to make Bollywood debut but the film was shelved?
3 weeks ago
Suniel Shetty leaves fans in splits after comical tweet on Bangalore's Super Over win