Sussanne Khan recently took to her Instagram to share a picture of her younger self along with her present self. In the post, she shared two pictures wherein in one picture (younger) she is wearing black deep cut sleeves top and in the other picture (recent), she is wearing a cheetah printed top. Take a look at the pic: 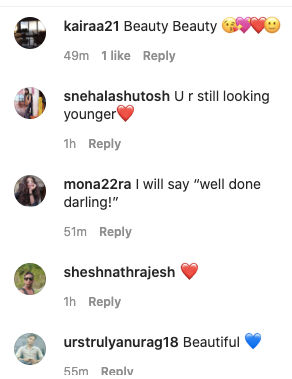 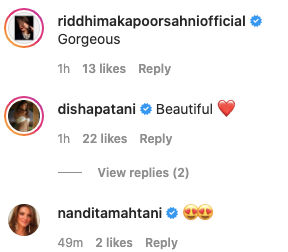 While sharing the picture, she added her thoughts in the caption about one thing anyone would say if they met their younger version. The caption reads, "You slide a door and meet the younger you.. what’s the one thing you will say.. #justkeepswimming #perseverance #nothingispermanent #muscleup #baddecisionsmakethebeststories #BeAbraveheart". The comment section was filled with her fans complimenting her looks. One of them said, "Beautiful", whereas others said, "You are still young". Her celebrity friends appreciated her looks.

Sussanne Khan's old photos caught the attention of many and received 12k likes within an hour of upload. The interior designer is quite active on social media and shares motivational quotes along with her thoughts. Earlier, she shared a picture from her photoshoot and added a note to it. Her caption reads, "You have brains in your head and feet in your boots, steer yourself to the life you choose."

Sussanne was married to actor Hrithik Roshan in 2000 and got divorced in 2013. The couple is parents to two sons. Earlier, as the actor turned 47, his wife shared a video montage of him spending time with his sons. She wrote a birthday note in her caption that read, "Happy happiest birthday Rye..wish you the warmest and most beautiful parts of life to look forward to.. have a meaningful blessed 2021". Check it out.

Sussanne Khan is an interior designer and has been involved in various projects. She started her career in 1996 and has partnered with film producer and interior designer for their venture named The Charcoal Project. She also runs an e-commerce fashion style company along with her friends Malaika Arora and Bipasha Basu named The Label Life.