Taapsee Pannu Slayed In A Beaded Gown During An Award Function; See Pictures

Taapsee Pannu looked mesmerising as she attended an award function recently. Check out the pictures of the actor as she nails the look to utmost perfection.

The Pink actor has been posting stills from her upcoming film along with a few glamorous looks that she sported during an award function. She took to her Instagram account and posted a picture of herself in a black coloured gown.

Taapsee attended an award function in the glamorous attire and managed to woo the fans with her elegance. She was recently seen flaunting a black coloured beaded gown from the international fashion brand Zara Umrigar. The beaded dress has a copper birds design on it along with a plunging criss-cross neckline and exaggerated shoulders. Check out the dress here. 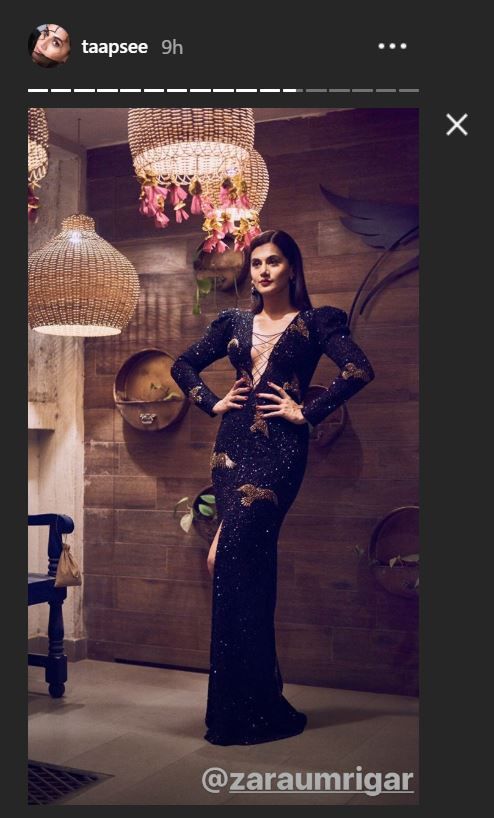 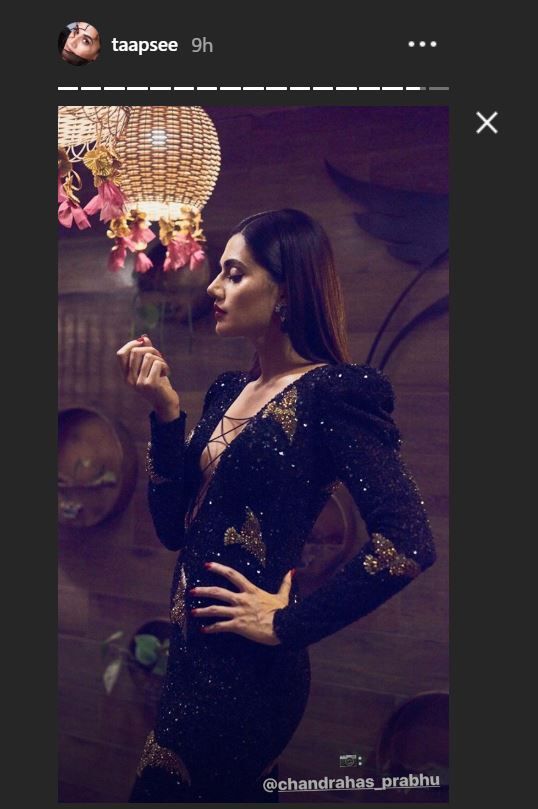 Taapsee Pannu wore a contrasting red lipstick which matched perfectly with her nail colour. She wore a pair of dark coloured stud earring with diamonds on its edges. She left her hair open as she sizzled in the attire. 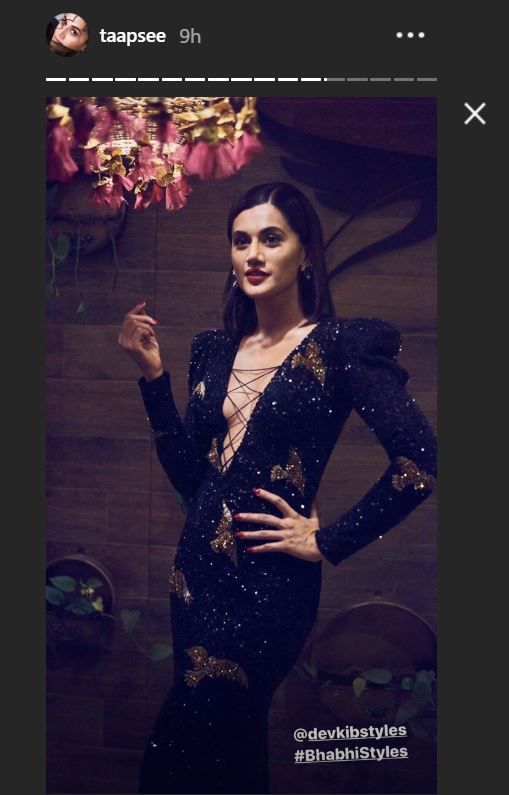 ALSO READ: Taapsee Pannu Goes De-glam As 'Amrita' In These Pics From 'Thappad' 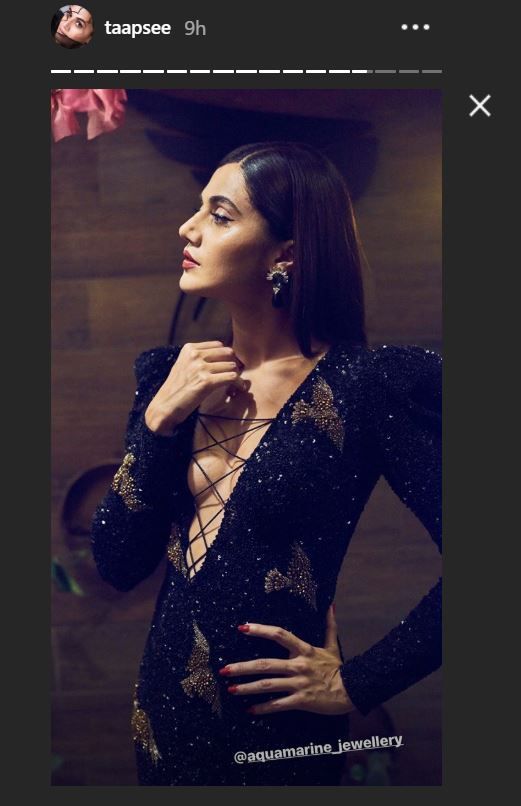 On the work front, Taapsee Pannu will be seen essaying the role of Amrita in the movie Thappad. Thappad is a family drama helmed by Abhinav Sinha. The movie is Taapsee’s second collaboration with the director after the two worked together for the film Mulk. Thappad is slated to hit the theatres on February 28, 2020.

ALSO READ: Taapsee Pannu's Goofy Pictures That Make Her So Relatable To Her Fans; See Pics