Taapsee Pannu got her leg pulled by Anand L Rai as he shared a picture of her looking like Bane from The Dark Knight Rises from the sets of Haseen Dillruba.

Taapsee Pannu can be called a never-ending train of success as the actor is bagging movies after movies. The actor is shooting for her movie Haseen Dillruba. Producer-director Anand L Rai recently shared a hilarious post on his Instagram related to Taapsee that left his followers in splits.

Aanand L Rai shared two pictures on his Instagram story. The story has one picture of the villain Bane from the movie The Dark Knight Rises. The second picture in the story is that of Taapsee as she can be seen in a big mask as well.

Aanand is trying to point out that there is a similarity in the between Taapsee's look and the look of Bane in the movie. He wrote as a caption, "Dark Knight Rises on the sets of Haseen Dillruba." Taapsee reshared the post and added laughing emojis to it. 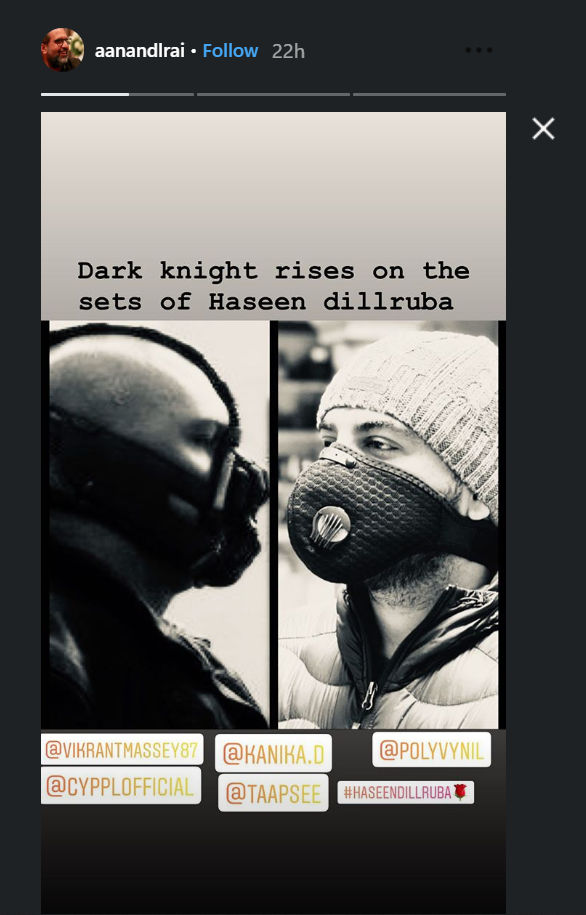 ALSO READ | Taapsee Pannu On Kabir Singh's Character: You Cannot Say, 'It's Okay To Be Flawed' 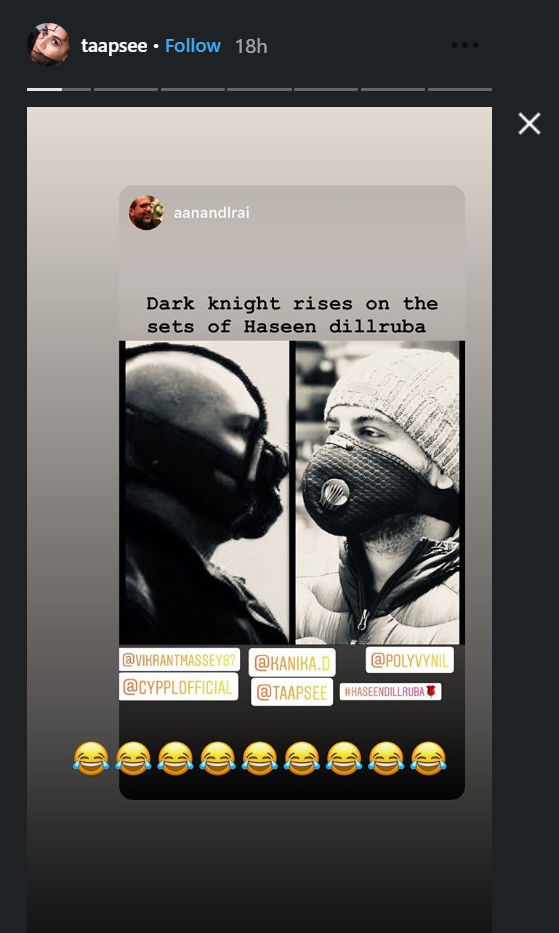 Actor Vikrant Massey, who is also a part of the movie and tagged by Aanand on the picture, shared the picture on his Instagram. Vikrant added laughing emojis to the story. He also tagged Aanand, who reposed Vikrant's story as well. 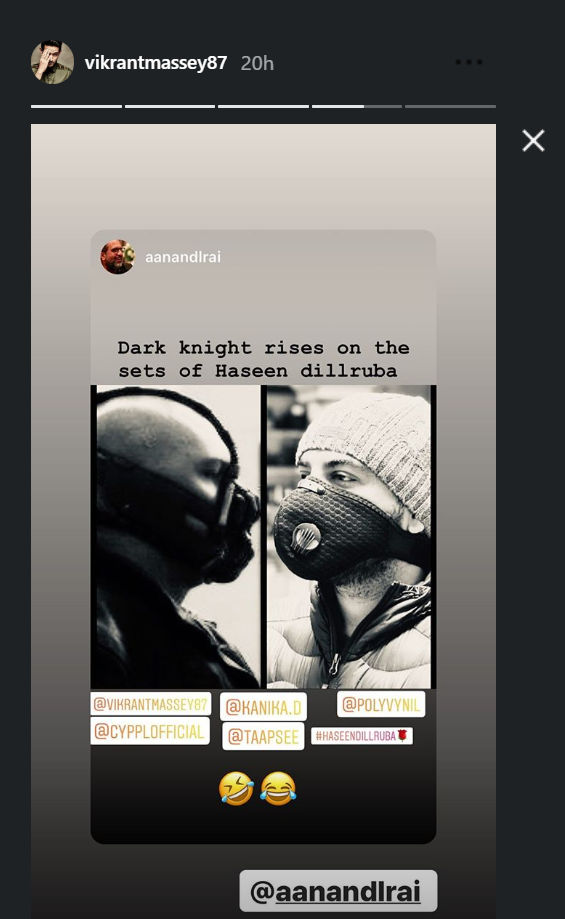 The writer of the movie Kanika Dhillon and the director Vinil Mathew also shared the picture on their Instagram accounts. Kanika Dhillon wrote "Hahahaha" on the caption of the post. Vinil also shared and added the ghost emoji on his story. It seems that the cast and crew are enjoying the leg-pulling of Taapsee done by Aanand. 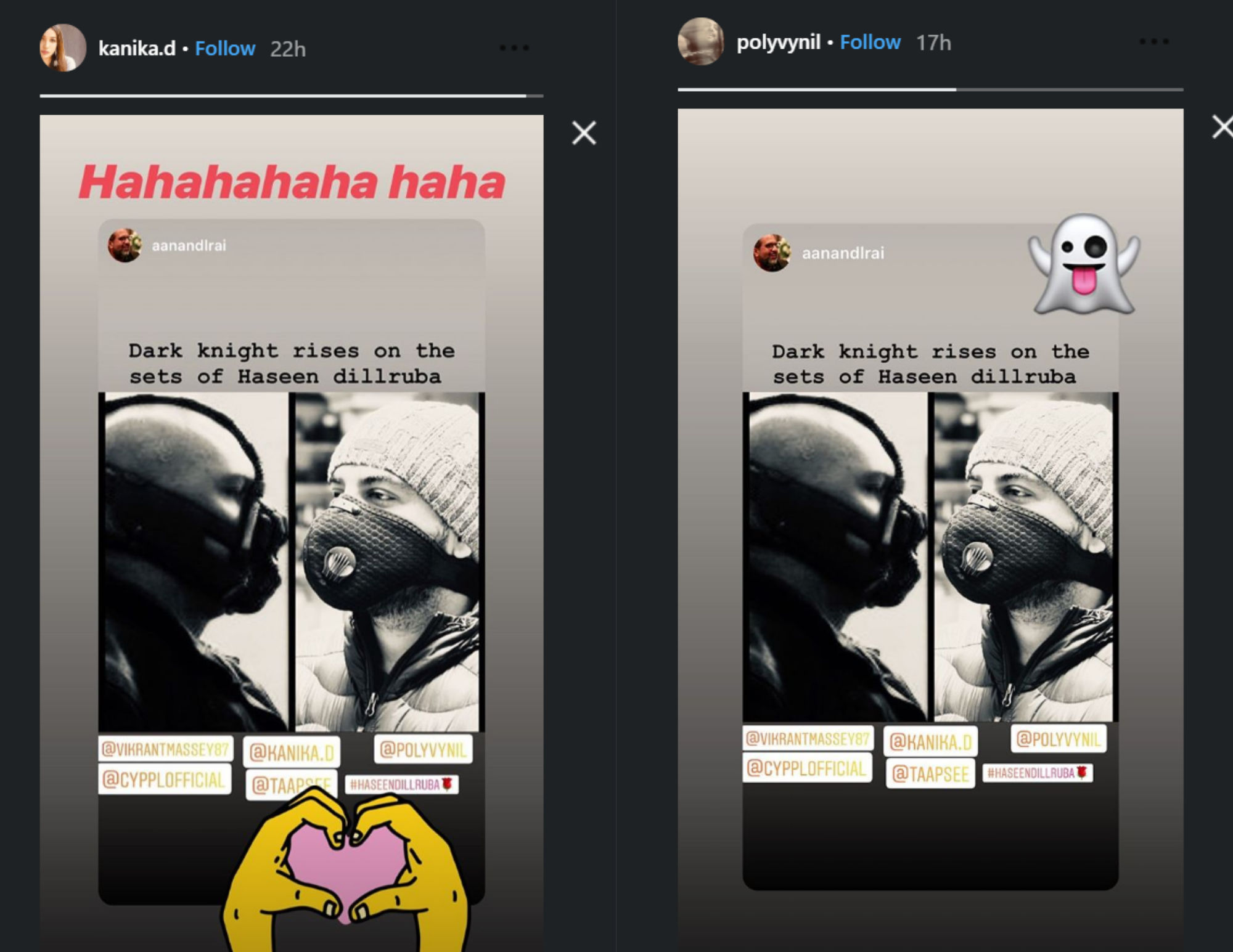 The movie Haseen Dillruba is a thriller movie directed by Vinil Mathew. The movie will be releasing on September 19, 2020. Here is the poster of the movie: