This day that year September 11: Here is a collection of several unforgettable events like Katrina Kaif turning photographer for Aamir Khan and more.

Throwbacks are a fun way to enjoy the memories of something that were created in the past. They have become extremely popular among social media platforms where people enjoy looking back at the things that happened years ago. Similarly, many events happened in the entertainment industry through September 14 in 2018 and 2019 that made headlines. Here is a look at some of the events, check them out.

In 2018, Katrina Kaif had taken to Instagram to post a picture of Aamir Khan from the sets of Thugs of Hindostan. The film was the second collaboration of the two after Dhoom 3. Check out the picture below.

Sonali Bendre posted some heartwarming pictures of her family celebrating Ganesh Chaturthi. Back in 2018, Sonali Bendre was battling cancer and was undergoing treatment away from home. The actor had taken to Instagram to express that she was missing her family and the celebrations back home.

Read Also | Katrina Kaif, Farhan Akhtar, And Others Who Can Be Part Of 'A Star Is Born' Hindi Remake

Ileana D’Cruz is one of the most popular actors in the film industry and enjoys a huge fan following from the South Indian film industry as well. The actor is always on the radar of her fans who are interested in knowing more about her personal life. Last year, on this day, she had tweeted something that sent her fans into a frenzy.

Ileana had posted that she is “Almost entirely convinced” that she sleepwalks. She had further written that there is no other way to explain the “mysterious bumps and bruises” on her legs. Some of her fans suggested her installing a CCTV camera to see if she does walk in her sleep. Another fan took a guess if the tweet was a hint about her upcoming film. Check out the tweets below.

Try to use cctv it will surely help

Ayushmann Khurrana is a popular actor who enjoys a huge fan following on social media. The actor had turned 35 last year and he was bombarded with birthday wishes from his friends in Bollywood. From Vicky Kaushal to Anubhav Sinha, all wished the Dreamgirl actor on his 35th birthday. Many of them posted throwback pictures with the birthday boy and gave their fans a treat. Check out some of the posts from last year below. 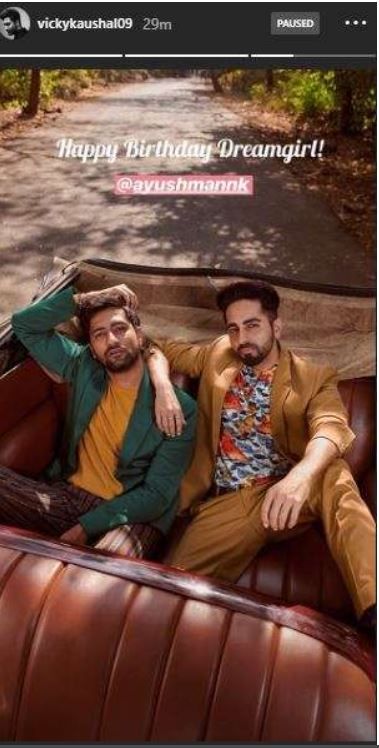 Happy birthday @ayushmannk. Keep rising with every film brother. Have a great year ahead.