Twinkle Khanna recently took to Instagram to post a picture of a beautiful scenic video. In the picture, a rainbow can be spotted amid the blue skies and greenery all around. Twinkle Khanna posted the picture with a beautiful thought. She wrote, “Am I chasing rainbows or is a beam of light waving out in delight when it spots me?”.

Twinkle Khanna even went on to call herself a rainbow girl as she spotted a rainbow the second time this week. Fans in huge number praised Twinkle Khanna for sharing the beautiful picture. They showered love with several heart and love emoticons in the comment section. Take a look at Twinkle Khanna’s Instagram picture. 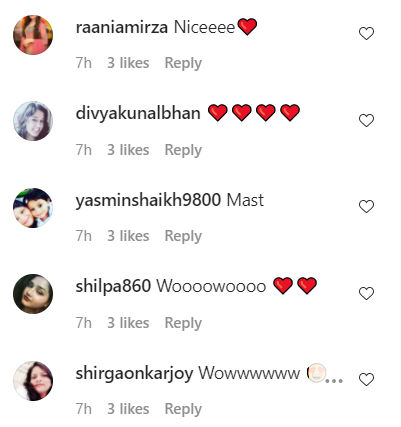 In the recent past, Twinkle Khanna took to her Instagram to share a picture of her. The actor was seen sitting in a room and flashing a wide smile for the picture. The interesting thing about the picture of Twinkle Khanna was the rainbow reflection on her face. She was spotted wearing a black plain t-shirt with minimal makeup and open hair.

The actor posted the picture with the caption, “There is something to be said about being at the right place at the right time. I was just sitting there, minding my own business when a tired rainbow decided to come to rest across my face.” Fans complimented the picture and dropped several heart emoticons. Take a look at Twinkle Khanna’s Instagram post.

Twinkle Khanna shared a picture of the current books read by her little daughter Nitara. She also shared a story of amusement regarding her teenage son with her fans. In the picture, the actor showed that her daughter is currently hooked to the book ‘The War Next Door’ by Phil Earle.

Apart from this, Twinkle Khanna also shared the cover of the book ‘French Exit’ by Patrick DeWitt and shared an interesting story behind the book. The actor wrote, "The teenager lent my copy of French Exit to his friend and finally got this one. Why seventeen-year-olds are as bemused by this book is a mystery, but that’s the genius of good writing. It cuts across all sorts of barriers. The little one is racing through The War Next Door."