Masaba Gupta recently shared a childhood picture of her explaining her Monday stretch mood. The actor looks all sorts of cute in her picture.

Masaba Gupta recently took to Instagram to share a childhood picture of her. The celebrity designer shared a picture of a frame kept near her night lamp. In this picture, baby Masaba Gupta is captured candidly as she plays on a swing. She is seen donning an ethnic ensemble with green coloured crop top and skirt.

Her dress is complemented with a beautiful red border. Masaba Gupta posted the picture with the caption, “Anyone else feeling like they just wanna stretchhhhh today. ðŸ˜… #minimasaba #masabamasaba”. Masaba Gupta received a huge number of compliments on her picture. Filmmaker Tahira Kashyap also appreciated her picture as she wrote, “Hahaha so cuteâ¤ï¸”. Take a look at Masaba Gupta’s Instagram picture. 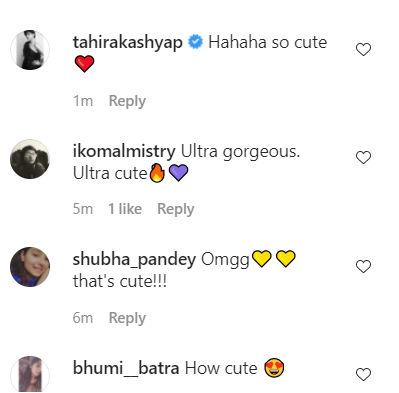 Masaba Gupta credits a scene from Gully Boy for her acting

Masaba Gupta, who made her acting debut with recently released semi-autobiographical show Masaba Masaba, shared her inspiration on social media. The actor shared a short scene from the critically acclaimed film Gully Boy which according to her was the “anchor” for her through the entire journey of Masaba Masaba. Along with the scene, the designer penned a lengthy note while describing her journey of juggling work and acting together.

The video shared by the 31-year-old on Instagram showcased a particular dialogue narrated by Ranveer Singh whose character Murad in the film stands up to his selfish father Vijay Raaz, who questions his status. Murad's response to his father’s question was, “Is there someone else in this world who will tell me about my status.” This particular scene according to Masaba helped her "drown the noise" and stick to her guns.

While captioning the post, she wrote that post her decision to do acting, she has been encountering questions like “now she is going to try acting?” She further wrote that people need anchors in life and sometimes they find them within themselves and sometimes in stories or moments in other people. The designer wrote that she had mentioned it earlier also that many people dissed the show even before she began filming.

Masaba, while revealing her tough time handling work and acting together, wrote that it was harder for her because she was juggling design at the label and shooting at the same time and found her head stuck at work many times when she was on set. At last, she wrote that this particular scene was her anchor through the whole Masaba Masaba experience. She confessed that though she has watched the film only once, this scene is stuck with her forever.