Bollywood actors, Taapsee Pannu and Varun Dhawan had a friendly banter on Instagram because of Jaqueline Fernandez's Instagram story. Read on to know more

Recently, Bollywood actors, Varun Dhawan and Taapsee Pannu engaged in a fun banter on their respective Instagram story. The two actors had appeared together along with Jacqueline Fernandez in the movie Judwaa 2 which was an official remake of the 1997-release. The banter was apparently started after Jacquline posted a picture of a hand-drawn image of the Judwaa 2 cast on her Instagram story. 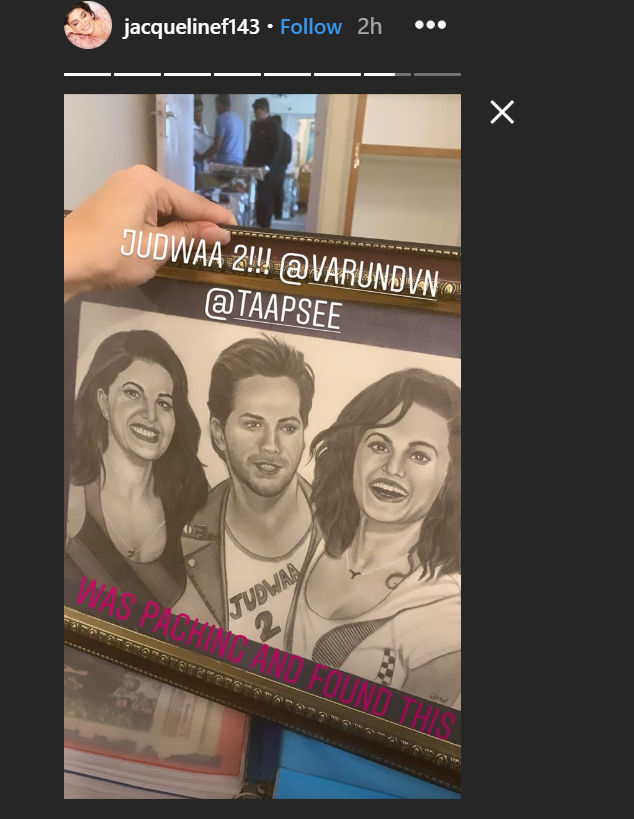 Taapsee Pannu was the first to re-share the image on her Instagram story. She also added a caption asking why was Varun Dhawan not looking happy in the picture. Immediately it seems, Varun re-shared Taapsee's Instagram story and added his own comment. He wrote, "cause @taapsee gave me a thappad congratulations taps". Apparently, this was Varun's way of congratulating Taapsee Pannu on the success of her latest box office release, Thappad. Reverting to Varun's Instagram story, Taapsee wrote, "thank you coolie no. 1" referring to the actor's upcoming box office release, Coolie No. 1. Varun again shared Taapsee's Instagram story on his account as probably a gesture of gratitude. 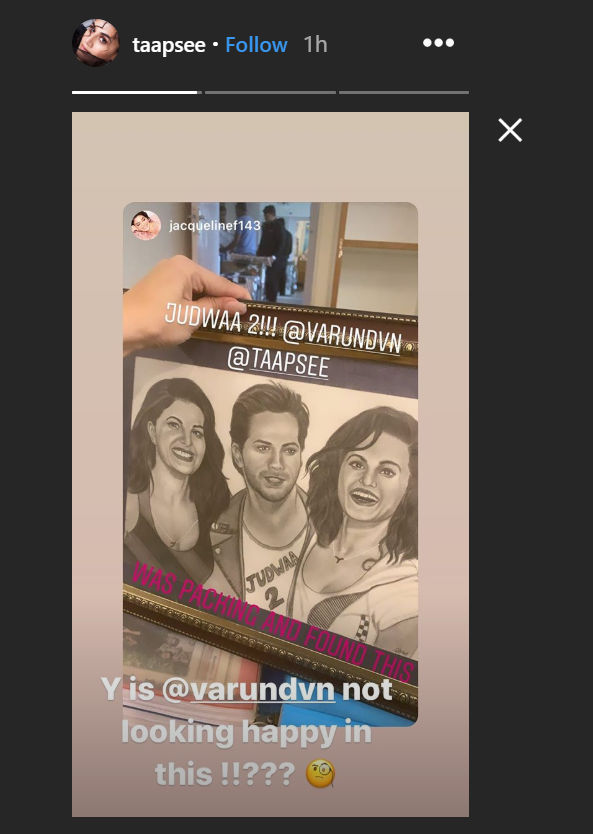 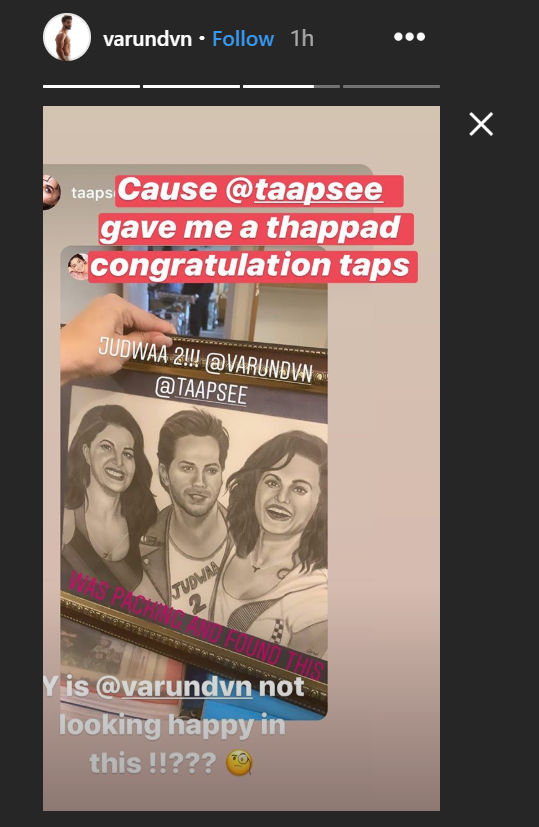 Also Read: Varun Dhawan To Collaborate With 'Kesari' Director Anurag Singh For His Next? 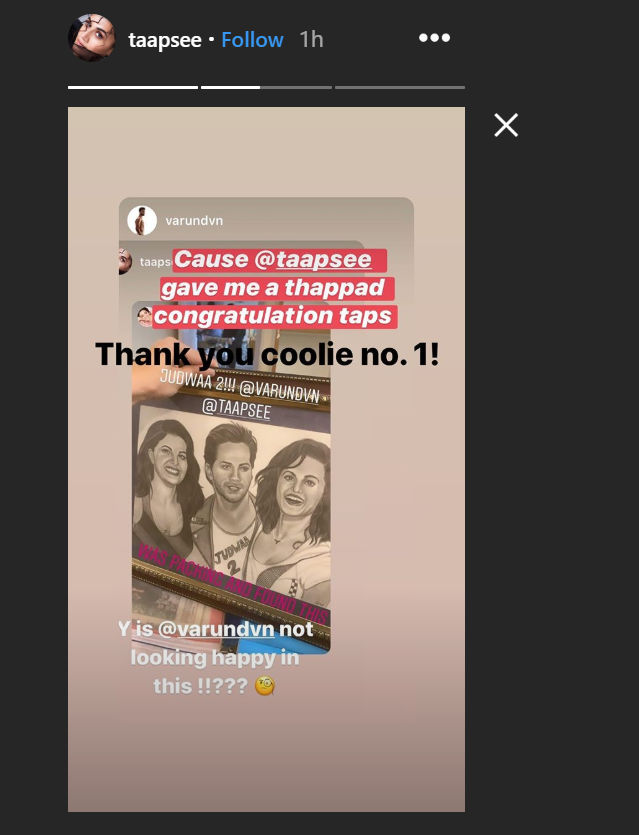 Also Read: Holi 2020 Outfit Inspirations To Be Taken From Taapsee Pannu & Others 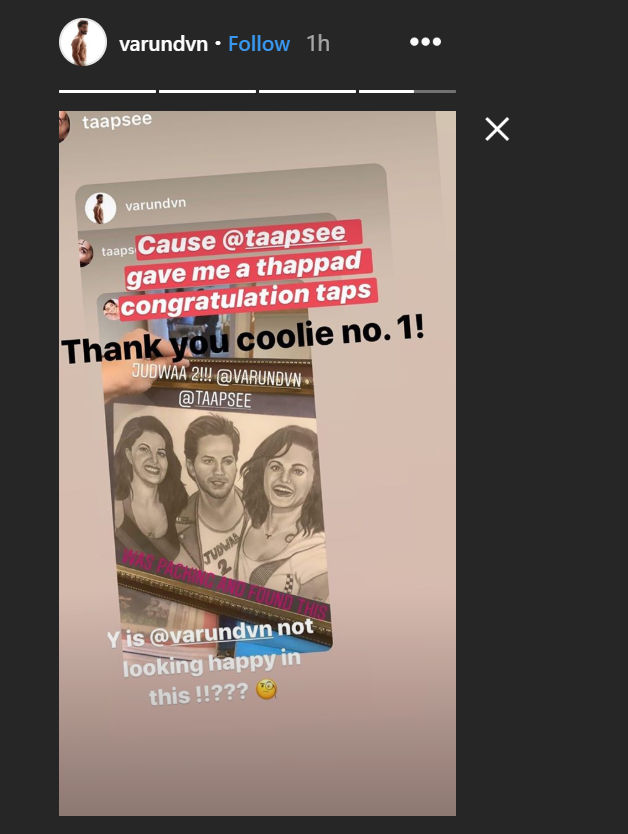 In other news, Taapsee Pannu is currently riding high on the success of Thappad. The movie has a social issue as its plot has been appreciated by both critics and audiences. Besides this, Taapsee also has movies like Rashmi Rocket, Haseen Dilbruba, Tadka, Nuvvevaru, Shabaash Mithu, Looop Lapeta and Dare and Lovely in her kitty at the moment. On the other hand, Varun Dhawan's last box office release was Street Dancer 3D. He is currently busy with his upcoming movie Coolie No. 1 which is an official remake of the 1997-release. Apart from this, he also has Mr. Lele in his kitty.

PEOPLE HAVE PLEDGED SO FAR
Bhumi Pednekar asks 'Pati Patni Aur Woh' co-star Kartik Aaryan to cast her in his next
Rishi Kapoor & other stars condemn violence; urge fans to be grateful towards medics, cops
Here's a list of Raveena Tandon's shelved movies that you must know about
Dia Mirza reads 'The Giving Tree' & spreads the word about 'save with stories' initiative
Tamannaah Bhatia tries her hand at making pancakes and the result looks delicious; see pic
DO NOT MISS
TRADING HRS IN MONEY MARKET REVISED
INDIA'S OLDEST COVID-19 SURVIVOR
TIKTOK UNDER POLICE SCANNER
SENA TAKES DIG AT PM'S APPEAL
FACT CHECK ON PM-NUMEROLOGY RUMOURS
'IMPERATIVE TO BUST MYTHS': HRITHIK